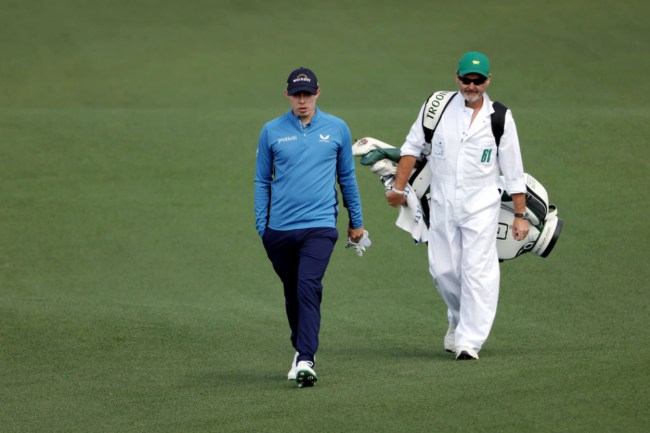 It’s always fascinating when we get to hear conversations between player and caddie. When the caddie happens to be the legendary Billy Foster, the conversations are that much more interesting. His exchange with Matthew Fitzpatrick during Friday’s second round of the Masters is a prime example of that.

After finding the fairway off the tee, Fitzpatrick wasn’t sure about his next shot. The young Englishman took a bit to commit to the layup shot on the Par 5, that is until Foster gave him his two cents.

Fitzpatrick may have wanted to try and go for the Par 5 in two, but Foster wasn’t having it, telling his boss to “get on with it.”

Fitz handled Foster’s comment well, jabbing back at him saying “alright, sorry, are we in a rush?”

Tremendous from Billy Foster to ⁦@MattFitz94⁩ imagine how much faster pro golf would be if caddies said, just get on with it. #themasters pic.twitter.com/fFWyCkBvxc

The seven-time European Tour winner and former U.S. Amateur champion ultimately listened to Foster’s suggestion and walked off the 13th green with a par.

Foster has been on the bag for Fitzpatrick since 2018 and has caddied for the likes of Darren Clarke, Lee Westwood, and the late Seve Ballesteros over the years.