Man Who Missed Out On $35.6 Million After Braves Win World Series Is America’s Biggest Loser Today 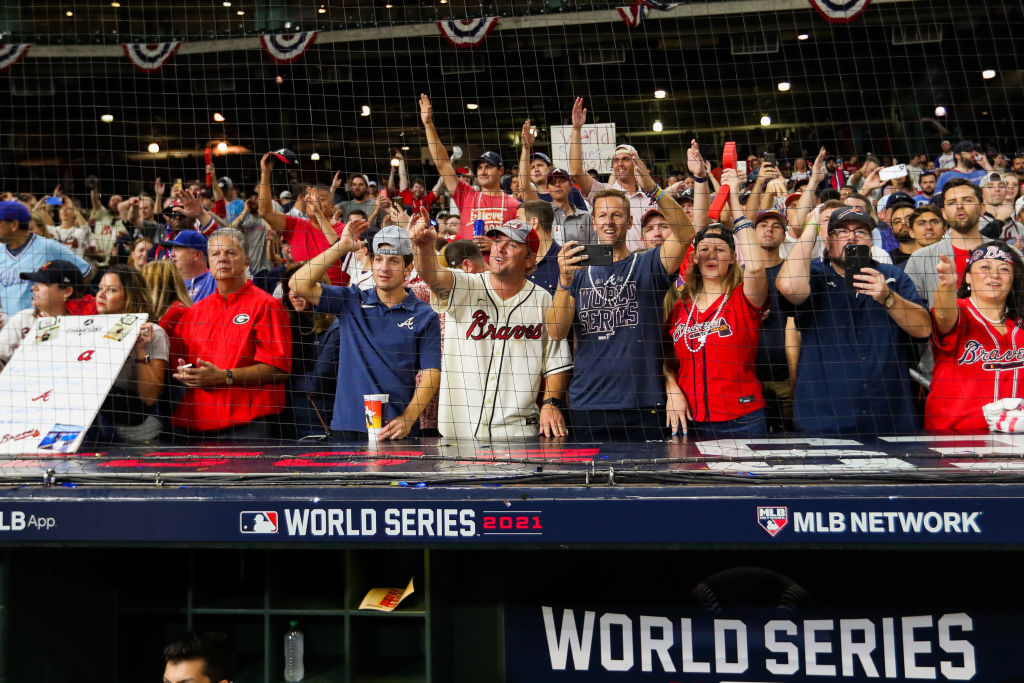 Pretty much everything I’ve ever learned about Houston resident ‘Mattress Mack‘ surrounds his massive gambling losses. The gist is simple, he runs huge promos where he offers to refund anyone spending $3,000 or more at his stores if the Houston team he’s backing wins the title.

What that does is drive a TON of sales in his mattress stores, theoretically, because anyone who was going to buy an expensive bed to begin with might as well spend the money at his store on the off chance a Houston team wins it all and the mattress ends up being free.

Going into the World Series, Mattress Mack bet $3.35 million across four sportsbooks. He told Action Network his ‘liability’ with the mattress promotion was around $20 million. He stood to win a record $35.6 million across all his bets if the Astros won it all (they didn’t).

Here’s what it looked like in action (via ActionNetwork):

The “Astros Win” promotion is still running. It gives consumers who spend $3,000 or more on mattresses their money back if the Astros win the World Series. If they do, Mack will be prepared. His current liability, he says, is around $20 million, and his bets would make him $35.6 million. Mack’s biggest bet — $2 million at 10/1 — came at the William Hill mobile app in Indiana on June 22. If the Astros win, the $22 million would be the biggest reported payout in U.S. sports betting history.

“Obviously the Astros would be the worst-case scenario,” said Craig Mucklow, vice president of trading at Caesars, which bought William Hill. “This is the first time I’ve seen something like this wager in the futures market. It’s an exciting bet to take, but it would be nice if they got knocked out early.”

He was just two wins away from a $35.6 million payday which would have been a record. The Astros lost game 1 by 4 runs but they only lost game 3 by 2 runs and game 4 by 1 run. Those are some TIGHT margins to sweat through when you’re looking ahead to a potential $35.6 million win.

Darren Rovell wants us all to believe that Mattress Mack isn’t a loser. That because Mack sold so many mattresses he came out on top. Never mind the fact that he lost out on winning nearly $36 million…

For everyone getting ready to call Mattress Mack a loser: The truth is he wins plenty with the Braves.

Lost $3.25 million insurance bet, but motivated people to buy $25 million worth of mattresses. Based on 40-60% margin, he probably nets between $6M to $8M after all costs.

These sum up the general public reaction to that tweet above:

Now that baseball season is over we can go back to not having to hear about Mattress Mack for a few more cherished months.

And I’d like to send out to the Atlanta Braves for getting it done this season! After my Tampa Bay Rays lost in the first round the only team I wanted to see win it all was the Braves. Well done.