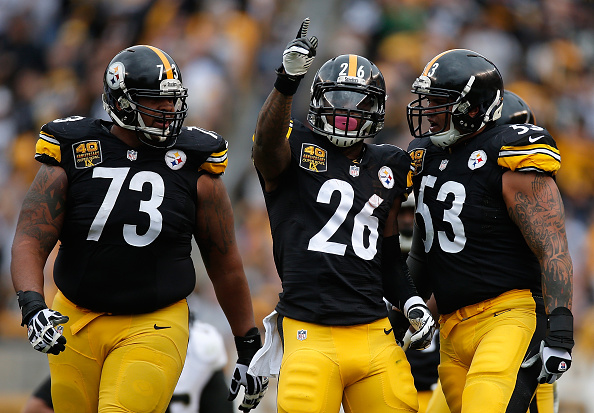 Steelers star running back Le’veon Bell continued his hold out today after he declined to show up for meetings this morning which means it’s very likely that he’s going to sit out for the team’s first game of the season this weekend against the Browns.

Bell’s agent Adisa Bakari went on Sirius XM NFL Radio with Brady Quinn and Bruce Murray to explain why Bell has decided to hold out.

As news of Bell’s hold out made the rounds, several Steelers players voiced their displeasure with how Bell is handling the matter.

Maurkice Pouncey is clearly DONE w/ Le’Veon Bell’s absence. Says he’d much prefer Bell just say when he’s going to show up, even if it’s Week 10: “Why play hide and seek? Why let your agent say this? Just man up and tell us what you’re going to do.”

Maurkice Pouncey also issued this reminder: "A star is born every year in the NFL. Did anyone know Kareem Hunt would be an All-Pro before last season? If James Conner didn't have cancer, he'd have been a first round pick. Just watch him." #Steelers

Ramon Foster with a big knock on Bell: "My mom died, I went to the funeral and came to camp the next day… Al (Villanueva) has seen people die and has come and given his all to this team."

He adds, "It's a little bit tiresome now. I'm tired of the antics." #Steelers @937theFan

Steelers teammates not happy with Le’Veon Bell no show, led by vet G Ramon Foster, their player rep:
“What do you do? here’s a guy who doesn’t give a damn, I guess so we’ll treatit as such. I just hate it came to this. “

More Ramon Foster on Bell: “He’s making 7 times what I make twice as much as Al (Villanueva) is making and we’re the guys who do it for him.”

Steelers All-Pro G David DeCastro on Bell absence: “I think we’re all disappointed. What’s the expression? We’re stuck with our foot in our mouth. We all thought he’dbe here.”

Bell has yet to sign his $14.5 million franchise tag and is able to become a free agent next season if he signs it by Week 11.