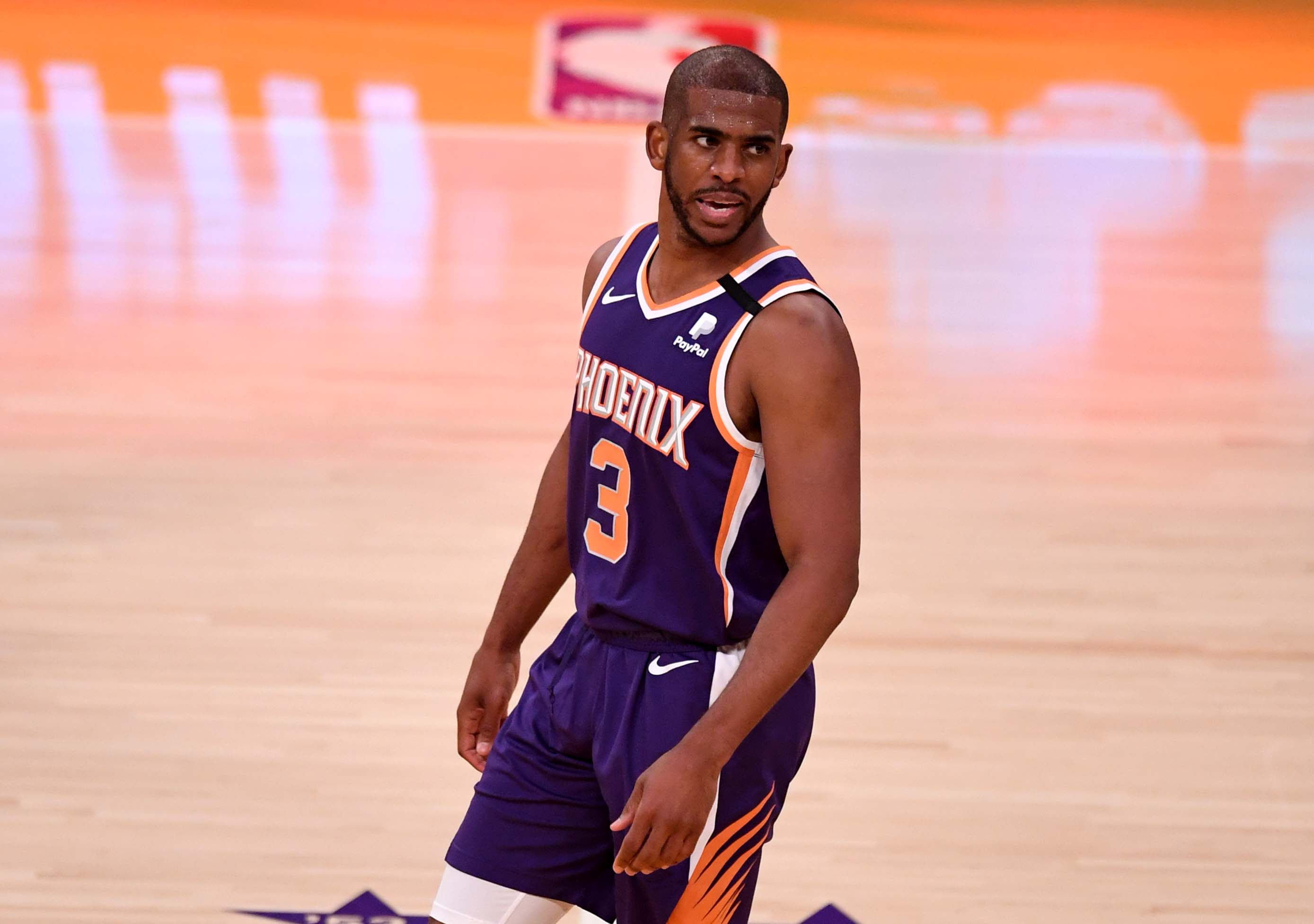 The Mavs have concluded their investigation into the altercation between two fans and members of Chris Paul’s family.

On Sunday afternoon, Paul had two fans escorted out of the building after he claimed they ‘put hands’ on his mother.

On Monday, the Mavericks announced that the fans have been banned until 2023 for attempting to give ‘unwanted hugs” to members of Paul’s family.

“American Airlines Center and Dallas Mavericks security and executives have concluded the investigation in to the incident involving the Paul family. Two unruly fans attempted to give unwanted hugs and have conversations with members of the Paul family on the public concourse of American Airlines Center. AAC security responded immediately once notified by the family and the fans were swiftly ejected from the game. The fans involved in the incident will not be allowed to return to the arena until 2023.”

Fans weren’t sure what to make of the “unwanted hugs” part of the Mavs statement.

the mavericks deemed this incident serious enough to invoke seven-month bans, and then downplayed what happened as "unwanted hugs"? https://t.co/dWC7hFbBDO

Let a man do that to a woman. It wouldn't be called unwanted hugs. It's assault https://t.co/pUxsMJnWhu

So this could ultimately turn out to be a one-game ban for the rest of this season and then, what, 15 games at the start of the next regular season before the turn of the new year?

Calling it "unwanted hugs" doesn't change the fact that it's harassment. Why let them in again? https://t.co/5cimNOe9BA