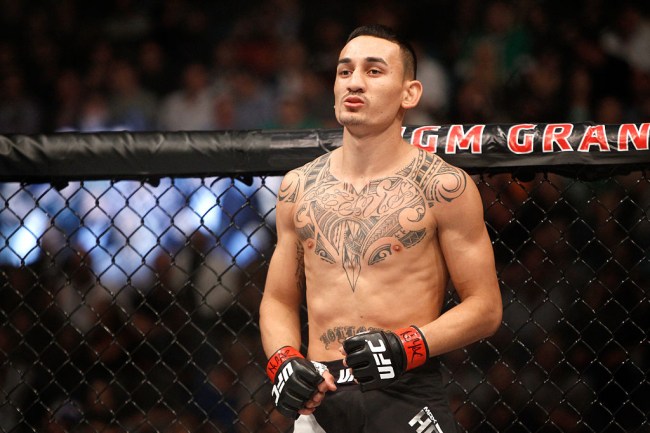 The UFC 223 card is cursed. Just last week we learned that Tony Ferguson was forced to pull out of his fight with Khabib Nurmagomedov after he tore his knee in a freak accident on a UFC studio set. Now we’re learning that Ferguson’s replacement to face Nurmagomedov, Max Holloway, has been declared medically unfit to fight this weekend by the NY State athletic commission.

Max Holloway is officially out of tomorrow night’s main event. He will not be weighing in. First reported by @bokamotoESPN.

This from a member of Holloway’s team:

“Max wants to keep pushing and is close but the doctors came up and just stopped it. Doctors stopped it not us. Max was going.”

This news comes less than 24 hours after three fights on the UFC 223 card were cancelled due to either injuries or suspensions as a result of Conor McGregor’s now infamous bus attack incident.

According to Helwani, Anthony Pettis, who was set to fight Michael Chiesa before he got injured in the McGregor incident, is trying to make final arrangements to step in and fight Nurmagomedov in the main event of tomorrow’s card.

Anthony Pettis has now been called upon to fight Khabib Nurmagomedov. He has yet to weigh in. He has an hour to do so. He was left opponentless after Chiesa got cut yesterday. UFC confirms. @MMAjunkie first reported.

We’ll update this post whenever a decide is made on whether Pettis is able to fight or not.

. @TeamKhabib my brother I want to keep going but they are stopping me. Sorry to your team and the fans. You don’t deserve this. This is number one. Shout outs to you and @Showtimepettis . Give the fans what they deserve