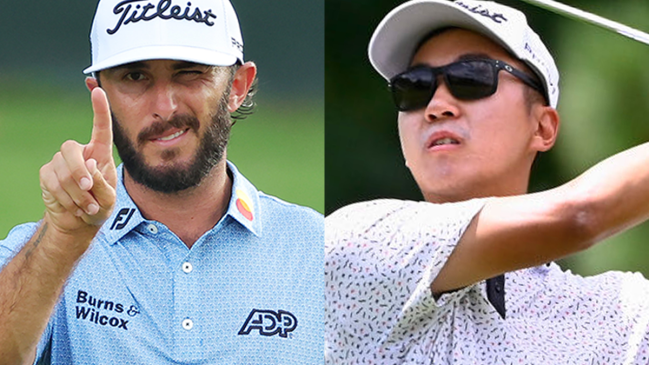 Max Homa would probably be the first person to tell you he’s far from the most talented player on the PGA Tour, but the golfer has cemented himself as one of the sport’s most entertaining personalities over the course of a career where he’s had to regain his card on two separate occasions following a season that left plenty to be desired.

With that said, he has managed to come into his own over the past few years; Homa finished 5th in the FedEx Cup rankings after a solid 2021-22 campaign that saw him rack up over $5 million in prize money and finish 5th in the FedEx Cup rankings on the back of five Top 10 finishes—including tournament victories at the Fortinet Championship and the Wells Fargo Championship.

Homa is currently angling to win that first event yet again after the PGA kicked off its season at the North Course at Silverado Resort in Napa on Thursday. However, he’ll have to ward off the other 155 players in the field who also have their eye on the trophy (and the $1,440,000 check that accompanies it)—including his longtime friend and former college roommate Michael Kim.

Kim has traversed a similarly rocky road since turning pro in 2016, and he was forced to return to the Korn Ferry Tour last season in an ultimately successful quest to earn the card that will allow him to compete in PGA Tour events this year.

On Thursday, Homa opted to welcome Kim back to the big time by sharing a story about how his former teammate at UC Berkley once secured what may be the easiest “A” anyone has ever earned in a college course.

Kim was born in South Korea but immigrated to the United States with his parents when he was 12, and as Homa recounted, he was able to use his upbringing to his advantage when he went to check off the foreign language requirement as an undergrad at Cal.

Here’s what Homa had to say via Golf:

“Michael moved to America from Korea when he was 12, so he speaks fluent Korean…

I used to be in his hotel room every night when we were on the road and he’d talk to his parents and it’s like one of us talking to our parents: it was very fast. And obviously, I don’t understand any Korean, it’s quite complicated.

So he did that and—he’s going to be so mad I’m telling people this—he did that and right after he starts recording something on his phone and it would be like me saying like [speaks very slowly], ‘I drove my car to the store’ in Korean.