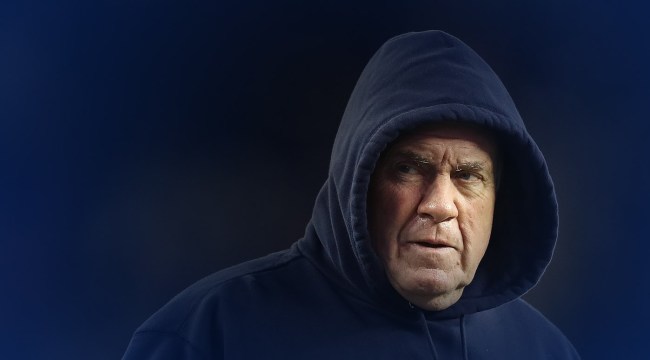 Stop me if you’ve heard this one before: the New England Patriots have been caught cheating.

Unless you’ve been living under a societal rock for the last two weeks — which, given that it’s the holiday season, I totally understand — then you’ve heard that the New England Patriots have, once again, been caught cheating.

While the Patriots initially released a statement denying any intentional wrongdoing and claiming it to be an accident, the video released by Fox’s Jay Glazer on Sunday tells a different story.

As a result of this latest scandal, the NFL is now investigating the New England Patriots, who maintain that the videotaping of the Bengals’ sideline was merely an accident.

Given that this is not the first time the Patriots have been caught cheating, we all know how this movie is going to end: 67-year-old Bill Belichick is going to act like an entitled, petulant teenager and not answer any questions about the issue, the league is going to dock the Patriots a draft pick or two, and the world will keep spinning.

But ESPN’s Max Kellerman has another idea: the NFL should actually take a stand for once and suspend Bill Belichick.

Kellerman does clearly have a point: the NFL has tried fining the Patriots dollars and draft picks for years and they’ve yet to be deterred from their rule-breaking ways. In order to truly put an end to this years-long pattern of cheating, the National Football League must do something as drastic as suspending Darth Vader himself.

Still, given that the Patriots have gotten away with their amoral behavior for this long, there’s no reason to believe that’s going to change now.