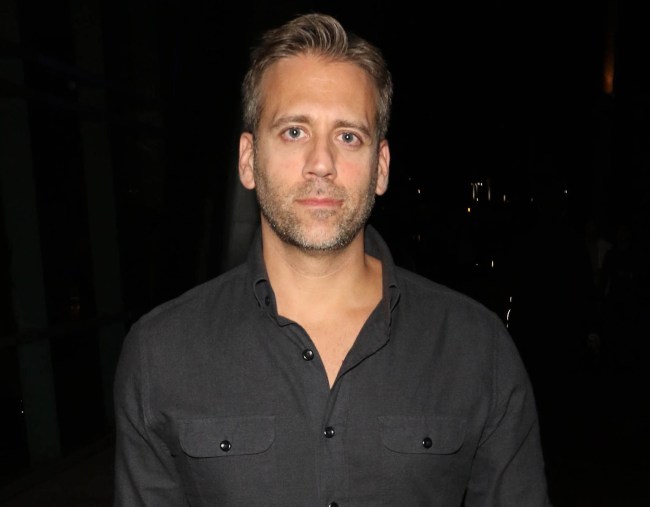 Max Kellerman isn’t focused on skill set, fit with an organization, or overall ability to throw a football when it comes to the quarterback prospects in the 2021 NFL Draft, he’s more concerned about the color of the player’s skin.

During Tuesday’s edition of ‘First Take,’ Kellerman began sharing his opinion that the stock of black quarterbacks falls just before the draft. He specifically cited Justin Fields and how it’s looking more and more likely that the 49ers won’t be picking him with the third-overall pick, instead, San Francisco may take Mac Jones in that spot and Fields could possibly fall outside the Top 10.

If San Francisco does go with Jones with the third overall pick, this would mean that the Top 3 picks in the draft would be white quarterbacks with Trevor Lawrence going first overall to the Jaguars followed by Zach Wilson going No. 2 to the Jets, and the first three picks being “white guy, white guy, white guy” rubs Kellerman the wrong way.

“The point is, the correlation that can be made, is that your status falls, vis a vis White quarterbacks, and so that’s why my antenna are up when I notice one, two and three this year – White guy, White guy, White guy. But that may be correct. We need to see in the end how these guys turn out as pros.”

While Kellerman was on a mission to insert race into the conversation here, he also undermined his thought when talking about quarterback classes of the past by making the most obvious point of all: nobody knows how any single draft prospect will pan out in the NFL.

“Sometimes it’s right, Daniel Jones looks like he’s going to be better than Dwayne Haskins. And sometimes it’s wrong. Mitch Trubisky is not as good as Deshaun Watson or certainly not Patrick Mahomes,” Kellerman explained.

What a revelation, Max. Daniel Jones is a better quarterback than Dwayne Haskins and yes, Mitch Trubisky is not as good as Patrick Mahomes or Deshaun Watson, two of the top QB’s in the league.

Kellerman is trying to force this into some narrative that he wants to be true, but one quarterback being better than another, or vice versa, has nothing to do with their race or whether or not their draft stock fell at all a couple of days before the draft. It has everything to do with their ability on the football field, the system they’re in, and the teammates around them.