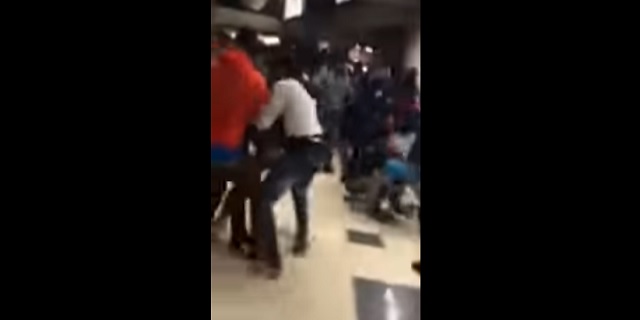 The McDonald’s All-American game was intended for high school basketball athletes from around the country to showcase their talent before heading off to college. Unfortunately, this year’s game was overshadowed by a huge brawl that broke out between a dozen or so people in the concourse.

The organizers of the event later apologized for the incident

“Naturally, we are disappointed by this kind of activity, which runs counter to the spirit of the McDonald’s All American Games.”

They said order was restored by United Center security and Chicago police officers. But the police News Affairs Office said it was not aware of any fight at the United Center.

Police spokesman Anthony Guglielmi said officers assigned to the center may have handled it on their own. “It was most likely addressed by patrol officers at the venue if we didn’t get a 911 call on it,” he said in an email.

Nobody was arrested or injured during the brawl.