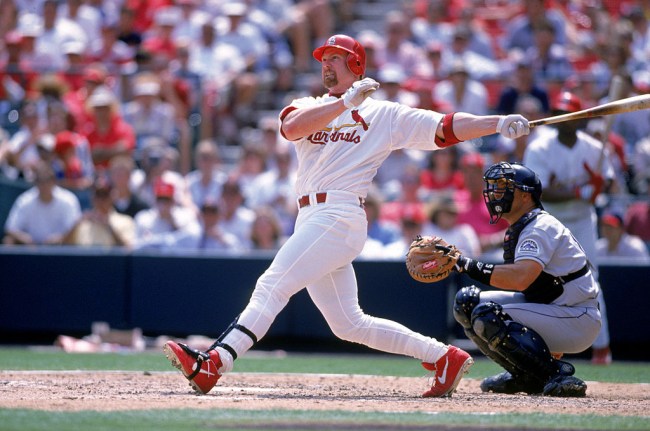 I was a huge baseball fan when I was growing up, but as I transitioned into adulthood, I gradually lost interest in a game that just doesn’t seem to possess the same magic that it did during my younger years.

I was recently talking about this particular topic with someone and they made the argument that the sport really had nowhere to go but down after the Red Sox mounted their legendary comeback in the 2004 ALCS before proceeding to break and 86-year World Series drought, which I thought was a pretty intriguing argument.

However, there’s also one major factor that’s largely disappeared from baseball that injected the sport with a level of thrill and excitement that was largely responsible for drawing me to the game in the first place: steroids. Lots and lots of steroids.

I should stress that I don’t think the answer to “How do we fix baseball?” is “Let players fill their bodies with as many performance-enhancing drugs as they desire,” and while purists are entirely justified in being pissed off at the players who eroded the integrity of the game during the Steroid Era, it’s impossible to deny that period of time had a certain electricity the sport may never see again.

Nothing highlights that reality better than the season at the center of Long Gone Summer, the 30 For 30 that took a look back at the 1998 race between Mark McGwire and Sammy Sosa to break Roger Maris’ single-season home run record.

It’s impossible to understand how much hype the two men were able to generate unless you were there to witness it yourself but the documentary did a fantastic job when it came to conveying the ever-growing anticipation and the lengths people would go to in an attempt to witness history being made in person.

When McGwire surpassed Maris with his 62nd homer, the ball ended up in the hands of Tim Forneris, who opted to give the ball back to the slugger even though he was told it could fetch up to $1 million. After that point, an interesting subplot emerged once people realized anyone who got their hands on one of his home run balls found themselves in possession of a potential goldmine.

There was a mad frenzy in the outfield bleachers whenever a dinger landed, as there was no telling which home run would be the one to set the overall record. McGwire’s 70th (and final) one was grabbed by a man named Phil Ozersky, who was approached by the Cardinals in the hopes he’d swap it for a signed bat, ball, and jersey. When they declined his counteroffer to meet McGwire, he went a different route by auctioning it off, where it was eventually scooped up by comic book artist Todd Macfarlane for over $3 million.

McGwire’s reputation would eventually take a major hit when steroids stopped being a dirty little secret and a massive scandal ensued. According to TMZ Sports, the value of the record-breaking ball took a beating along with his legacy, as the outlet spoke to a couple of appraisers who say its value has dropped to as “low” as $250,000, with one estimating it would only fetch $300,000 at the most and the other guessing its ceiling is closer to $400,000.

I have no idea how the creator of Spawn is somehow worth hundreds of millions of dollars but he apparently did something right and will subsequently be fine even if this particular investment may not have panned out like he envisioned.