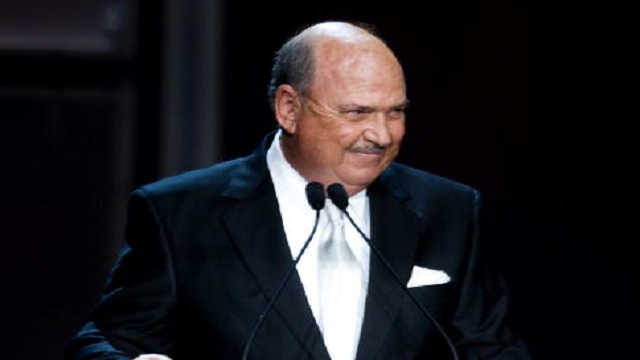 WWE is saddened to learn that WWE Hall of Famer Gene Okerlund, the most recognizable interviewer in sports-entertainment history, has passed away at age 76. https://t.co/DyPiEiVLoV

WWE is saddened to learn that WWE Hall of Famer Gene Okerlund, the most recognizable interviewer in sports-entertainment history, has passed away at age 76.

In his early days, “Mean Gene”, as he was named by fellow Minnesotan, Jesse “The Body” Ventura first came to prominence by interviewing the greatest stars of the AWA, including Ventura, Bobby “The Brain” Heenan and Hulk Hogan. In 1984, Okerlund made the move to WWE where he became a staple on national cable television by continuing to interview the biggest names in sports-entertainment like Hogan, “Macho Man” Randy Savage, The Ultimate Warrior and many more.

Mean Gene’s ability to keep a straight face while wrestlers like Macho Man and Hulk Hogan were spewing nonsense on the mic elevated those promos to absurd heights.

Mean Gene was always there for me on Saturday mornings. RIP to the legend. pic.twitter.com/tDD1B33Ucl

Here's an early xmas gift for everyone fake working by just checking Twitter all day: Top 5 all-time '80s WWF moment via the legendary and iconic Mean Gene Okerlund. Where is this man's Emmy? pic.twitter.com/BR0stfmcOB

RIP “Mean” Gene. Thanks for the memories and being a Gentleman.