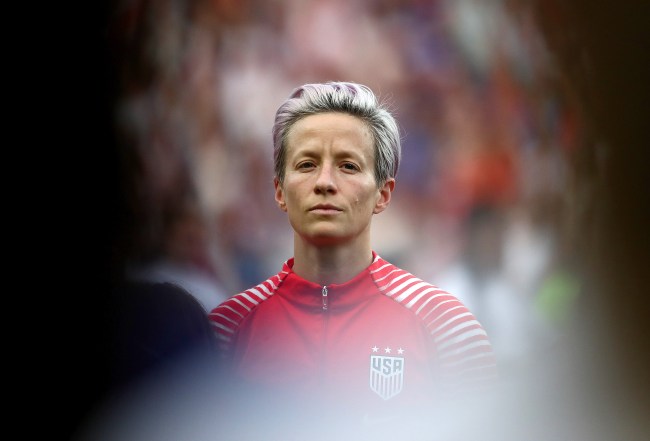 U.S. soccer star Megan Rapinoe, who was recently made the face of Victoria Secret, is facing some heat over an old tweet.

Earlier this week Rapinoe made headlines when it was revealed that she had been signed by Victoria’s Secret as the lingerie company was moving away from supermodels to promote its brand.

Victoria's Secret is getting rid of its Angels and wings. The company has hired new representatives — including soccer star Megan Rapinoe and actress Priyanka Chopra Jonas — as it tries to conduct one of the most extreme brand turnarounds in recent memory. https://t.co/tdP4s3cCNM

When the world was changing, we were too slow to respond,” said Martin Waters, the former head of Victoria’s Secret’s international business who was appointed chief executive of the brand in February. “We needed to stop being about what men want and to be about what women want.”

It was, Ms. Rapinoe said bluntly, “patriarchal, sexist, viewing not just what it meant to be sexy but what the clothes were trying to accomplish through a male lens and through what men desired. And it was very much marketed toward younger women.” That message, she said, was “really harmful.”

Less than a week after signing with Victoria’s Secret, Rapinoe is facing criticism over an old tweet about Asians that many view as being racist.

@tasha_kai00 u look asian with those closed eyes!

Some people now are trying to cancel Rapinoe and want Victoria’s Secret to fire her as a spokeswoman.

Calling on her sponsors and associations to stand up and #StopAsianHate

Today, I learned that soccer star Megan Rapinoe is a racist.

I also learned that Victoria's Secret has not denounced Rapinoe for her anti-Asian hate.

How does Victoria’s Secret roll out an announcement like this without doing basic diligence? Or perhaps they did their diligence and they were OK with this.

THE NEW FACE OF VICTORIA’S SECRET WITH A RACIST ASIAN COMMENT! I BET
MEGAN RAPINOE WILL NEVER GET BACKLASH SINCE SHE’S SO “WOKE”! #STOPASIANHATE https://t.co/gBoAtrom03

Looks like the new face of Victoria's Secret, Megan Rapinoe, mocked Asians. If true, definitely sounds anti-Asian to me. Is this who @VictoriasSecret wants to be associated with? Can't be that great for it's brand. https://t.co/7sFmvXNRwv