Mel Kiper Jr. Explains Why There’s ‘No Way’ Tua Tagovailoa Should Take A Snap For The Dolphins This Season 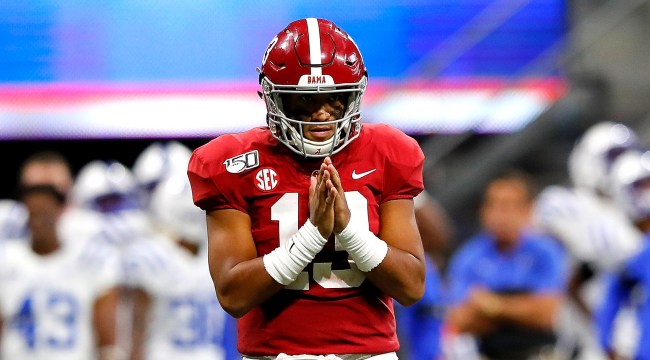 The first part of the Tua Tagovailoa puzzle has been completed, he’s finally a Miami Dolphin just like most fans and talking heads assumed he would be for months on end. Now the question becomes when does Miami decide to throw him into the fire?

Tagovailoa is coming off of a gruesome hip injury which is just the latest addition to his rather lengthy injury list, but all signs point to him as being full-go after an intense rehab and workout process with Trent Dilfer. Having said that, he’s still a player that attracts the injury bug, and the Dolphins naming him their starter to begin the year could be a major mistake.

Mel Kiper Jr. even took things further in regards to when he should take his first snap for Miami. The ESPN analyst explained that in his opinion Tagovailoa shouldn’t take a single snap during the regular season.

He also notes that Justin Herbert should see some playing time for the Chargers during the regular season, but not until well into the year.

“That’s not an overreaction,” Kiper said on NFL Live according to 247 Sports. “I said from the get go, I would sit Tua. He would not take a snap in a regular-season game. Let his body heal, medically redshirt him. People say, ‘well anybody can get hurt.’ This Miami line is being rebuilt, restricted. Austin Jackson, the first-rounder is a developmental left tackle. I love Robert Hunt and I think they’ve got some guys up front that can do it, but develop that line before you put Tua out there. Herbert? Tyrod Taylor is out there. Let him sit for a few games then get him in by midseason. But Tua? No way. Herbert? Maybe the sixth or seventh game.”

Perhaps the most interesting scenario involving Tagovailoa, one in which Kiper Jr. didn’t mention, is what happens if he goes into camp and dominates the quarterback competition.?

Ryan Fitzpatrick and Josh Rosen aren’t necessarily among the elite in the NFL and Tagovailoa’s skillset could, and should, outshine theirs sooner rather than later.