Mel Kiper Jr. Explains Which QB Has The ‘Most Upside’ In The 2022 NFL Draft Class 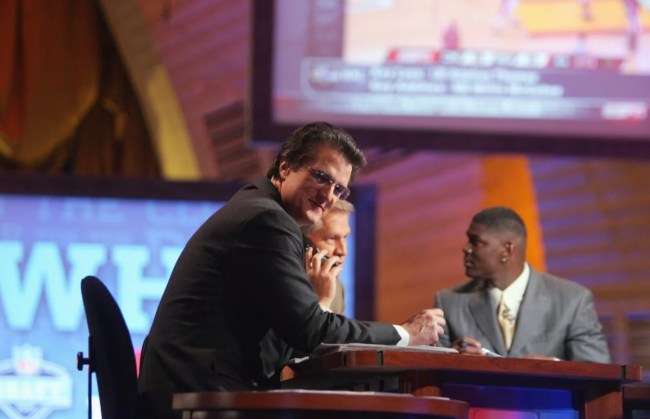 Believe it or not, we’re only a little over five months away from the start of the 2022 NFL Draft. That means that Mel Kiper Jr.’s season is officially upon us. Kiper season never really ends, but we’re reaching that point of the year where we’re going to see the man on ESPN no less than a dozen times per day between now and late April.

Kiper jumped on ‘Get Up’ on Wednesday morning to talk about his world-famous big board, but specifically the 2022 quarterback class. The ’22 class is by no means the strongest QB class in draft history, but there are some interesting names in the hat.

For Kiper, Cincinnati’s Desmond Ridder may be the most intriguing QB in the class as he thinks he has the most upside of any other quarterback. Kiper even made a slight comparison between Ridder and Buffalo Bills QB Josh Allen, which is certainly high praise.

.@MelKiperESPN says Desmond Ridder at Cincinnati is the QB with the most upside in this year's NFL Draft, and reminds him of Josh Allen 👀

"Physically, athletically, he has it all!" pic.twitter.com/WEwmbJbAls

“Physically, athletically, he has it all,” Kiper said. “Precise, accurate passing, lacks consistency there, same thing with Josh Allen. If you can fix that, Desmond Ridder out of all these quarterbacks may have the most upside going into the NFL.”

After Kiper wrapped up his praises for Ridder, David Pollack voiced his disagreements. Pollack thinks that Ridder misses too many easy throws and finds it tough to name him the QB with the most upside, even in an underwhelming class.

It’s worth noting that Kiper doesn’t have Ritter ranked as his top quarterback in the ’22 class. Ridder is ranked fourth behind Pittsburgh’s Kenny Pickett, Liberty’s Malik Willis, and Ole Miss’ Matt Corral, respectfully.