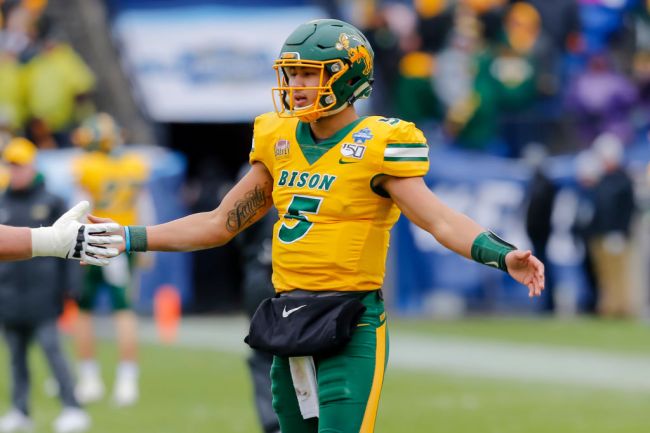 As it stands with less than a week until the start of the 2021 NFL Draft, Trevor Lawrence and Zach Wilson appear to be the clear-cut Top 2 quarterbacks of the draft class with Lawrence guaranteed to go first-overall to the Jaguars and Wilson most likely landing with the Jets with the second-overall pick. Beyond that, we don’t really know where the other top gunslingers in the class may fall.

Trey Lance, Justin Fields, and Mac Jones round out the group of the best quarterbacks in the class and each of them has some speculation surrounding their names. All three will have their names called during the first round, but how far might they fall?

Mel Kiper Jr. doesn’t really see any of them falling at all, really, as he explained he can’t imagine Lance, Fields, or Jones falling beyond the 11th overall pick.

Kiper Jr. was also vocal with his opinion that the Patriots need to move up in the draft to select a quarterback. New England currently holds the 15th overall pick, so in order for the Pats to actually snag one of these top QB’s they’ll need to trade up in order to do so, based on Kiper’s predictions. It certainly sounds like Bill Belichick and New England could be aggressive early on in the draft to get their guy.