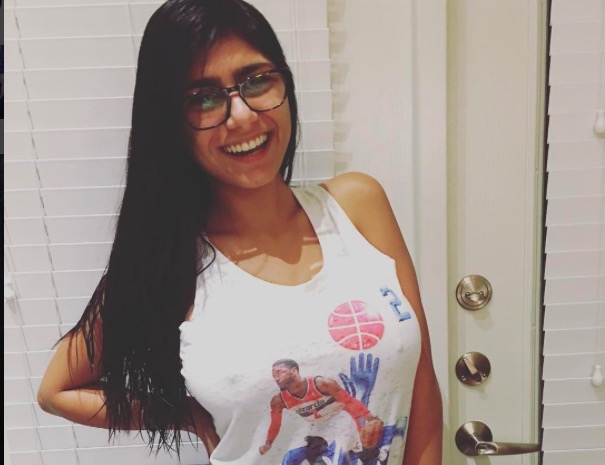 According to the person taking the video, Mia was kicked out for punching a fan in the face who tried to take a selfie with her.

Dodgers score a run as @miakhalifa gets kicked out of the stadium for punching a dude in the jaw who tried taking a selfie! #ThatsSoCub pic.twitter.com/0MHcsGJvUL

Mia took to Twitter to respond to the video by calling it “fake news”.

It’s still unclear what happened to Mia for her to get escorted out of the stadium but i guess we’ll eventually found out in the next coming days.