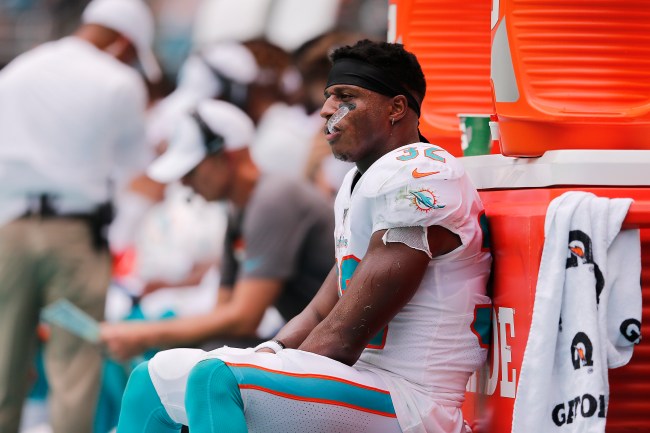 Before the start of the season, the Miami Dolphins traded away several of their top players which signaled that the team was tanking for the 2020 draft.

Ravens are now 7-point favorites for Sunday's season opener at the Dolphins, per Westgate. Baltimore was 5.5-point favorites but that was before Miami traded away LT Laremy Tunsil, WR Kenny Stills and LB Kiko Alonso.

Miami head coach Brian Flores insisted that he wouldn’t “disrespect the game” by losing on purpose.

“This game means a lot to me,”. “I wouldn’t disrespect the game with that. Again, no, we’re not. We’re going to try to win every game. I think that’s disrespectful to even to say that. … It’s disheartening to hear people talk about it, to even say that. For a guy who respects the game as much as the game has done for me, when people say that, it’s extremely sad.”

This afternoon the Miami Dolphins suffered an embarrassing loss to the Baltimore Ravens that has several players doubting that the team was serious about winning.

According to Pro Football Talk’s Mike Florio several Dolphins players were so sick about the loss that they called up their agents and asked to engineer trades to somewhere else.

News: Multiple #Dolphins players have requested to be traded away from the team after the 59-10 loss to the #Ravens via @ProFootballTalk

The players don't want to be part of a tanking team. pic.twitter.com/ypl7TDiIX0

Per a league source with knowledge of the situation, multiple Dolphins players contacted their agents after Sunday’s season-opening blowout loss and directed them to attempt to engineer trades elsewhere. The players believe that the coaching staff, despite claiming that they intend to try to win, aren’t serious about competing and winning and by all appearances have bought into the notion that the Dolphins will take their lumps now in the hopes of laying the foundation via high draft picks for building a successful team later.