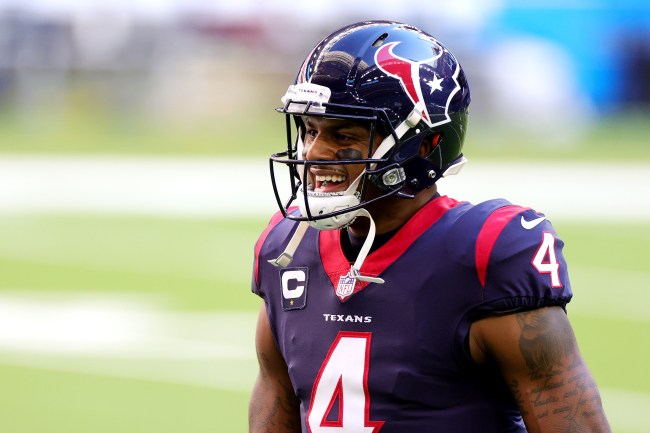 Rumors circulated throughout the NFL season about the potential of a Deshaun Watson trade. The team that was front and center in many of those rumors was the Miami Dolphins. It all ended up just being rumors and Watson stayed with the Texans and now it seems any potential for him joining the Dolphins is gone.

With Brian Flores out in Miami, the chances of the Dolphins pursuing or acquiring Texans’ QB Deshaun Watson are greatly diminished, if not gone, per sources. Flores had an interest in exploring a Watson deal, but others in organization, including owner Steven Ross, did not.

Whether or not the lack of interest from ownership this season is true, this does at least seem to give some context to the Brian Flores firing. This version of things, coupled with the report of a shouting match between Flores and Tua Tagovailoa, makes it look like the Dolphins were stuck with a choice between QB and head coach.

It’s big gamble on the second year quarterback. The Dolphins narrowly missed the playoffs again this year and Tua was far from impressive throughout the season.

In 12 starts and 13 total appearances, the quarterback led the team to a 7-5 record while only throwing for 2653 yards and 16 TDS. He also threw 10 interceptions and added 3 TDs on the ground.

We don’t know what the future holds for Tua, but he’ll need to improve to make this the right move. Otherwise we’ll continue to hear doubts about the QB and questions as to whether the Dolphins would’ve been better off choosing Brian Flores and Deshaun Watson over the QB they drafted 5th just two years ago.