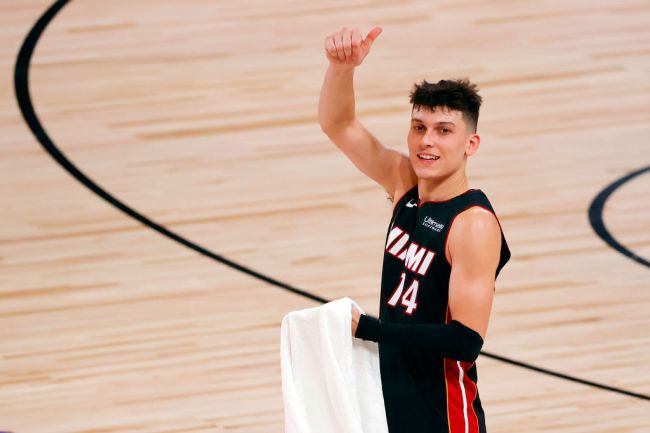 During a media appearance on Wednesday, Herro was asked by a little kid who he thought was the best Heat player of all-time. Herro paused for a moment and then said “LeBron James” which stunned former Heat assistant coach Tony Fiorentino who was hosting the media session.

Tyler Herro asked who is the best Heat player of all time: LeBron James…growing up for me LeBron was my favorite player on the Heat. pic.twitter.com/Q4kQcGHDkX

“I’ll have to say LeBron James, You can’t go wrong D.Wade, LeBron either/or but growing up for me LeBron was probably my favorite player on the Heat”

Get this idiot off my team https://t.co/zdsU4hLpbO

get him outta my city https://t.co/j1MyAackkJ

GET THIS BUM OFF MY ROSTER! https://t.co/xPLw0ROm78

This is an easy way to get you traded from the Miami Heat and won’t be surprised if he is really soon lol 😂 https://t.co/CJfR4poBfP

Time to trade him https://t.co/hIBUWSCD4W