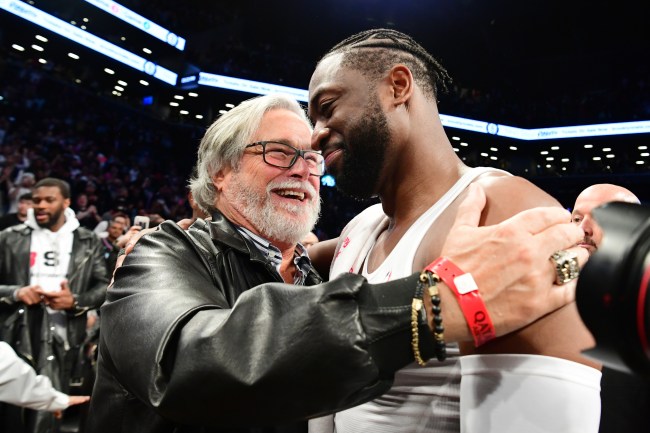 Everyone in Miami, including Heat owner Micky Arison, was caught off guard when Dwyane Wade announced he was planning to join the Utah Jazz organization as a minority owner.

On Friday afternoon, ESPN’s Adrian Wojnarowski reported that the former Miami Heat player had decided to purchase a stake in the Jazz due to his relationship with owner Ryan Smith.

Three-time NBA champion @DwyaneWade has purchased an ownership stake in the Utah Jazz, joining majority owner and governor @RyanQualtrics with plans to take an active role in the franchise and region. Story on ESPN: https://t.co/ZxtZe8uLey

Wade made sure to mention that he still had love for the Miami Heat despite his decision to join the Jazz organization.

Wade: “The respect I that I have for that [Heat] organization will not go anywhere, the love that I have for the [Heat] fans — that goes nowhere. But this is about the next phase of my life as an investor, a businessman, an entrepreneur. For me, this is an opportunity to grow.”

Not long after Wade made his announcement, Miami Heat owner Micky Arison revealed that he had once made an offer to Wade to join the Heat organization as a minority owner but was turned down. Arison added that while he’s happy for Wade, he’s also disappointed the former Heat legend didn’t take him up on his offer.

I want to congratulate Dwyane on his recent announcement. We had discussed having him join our ownership group after his retirement but he was not prepared to commmit at the time. Of course I am disappointed that he didn’t reconsider. 1/2

Having said that I wish him good luck and much success with the Jazz. To me Dwyane will always be a HEAT lifer. 2/2

NBA fans weren’t sure what to make of Arison’s statement.

This is so weird that Wade chose the Jazz over the Heat. https://t.co/mW8SRC6amm

I was wondering why @DwyaneWade didn't join @MiamiHEAT ownership. Seems like it's all good though. Kinda weird DWade with Jazz just like @SHAQ with Kings. Feels weird. #NBATwitter #nba congrats DWade tho! https://t.co/mdH0hwpf29

Here’s a weird thing to tweet from the Miami Heat owner on a great day for the most important player in your franchise’s history. https://t.co/utFfu7qODO