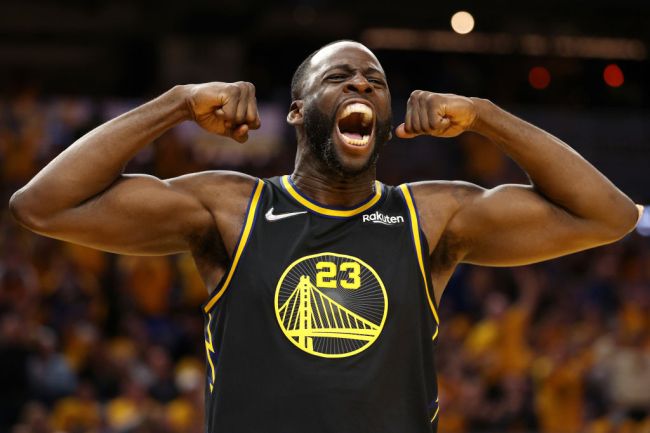 Before last night’s Game 6 of the Eastern Conference Finals, Draymond Green went on Inside The NBA and boldly predicted that the Warriors would be playing the Boston Celtics in the NBA Finals. All the Celtics had to do to make that happen was win Game 6 in Boston. The Miami Heat had other plans.

Jimmy Butler dropped 47 points to lead the Heat to an 8 point win and force a Game 7 in Miami. Afterwards, a member of the Heat had a message for Draymond. Udonis Haslem made sure to thank Draymond for the inspiration for the Heat’s win.

“He wants a message to be relayed. He said, ‘Tell Draymond Green thank you.’ Draymond Green said, ‘We’re going to play the Boston Celtics.’ Udonis Haslem walks over and says, ‘Thank you for the inspiration.’”

According to Haslem, Draymond “broke the code” when he said he believed the Warriors would be playing the Celtics in the Finals.

This is all just very strange from Haslem. First of all, was anybody else aware that there was an NBA code that said you can’t predict who will win a basketball game between two other teams? Did Jimmy Butler also break the code when he guaranteed a Heat win in Game 7 or is it only a violation if you aren’t on either of the teams.

It’s also unclear what exactly Draymond inspired Haslem to do with his comments. Haslem didn’t play in this game and hasn’t set foot on the court in the playoffs.

Draymond could also still be right. The Heat still have to win another game to move Draymond wrong. If they don’t, I’m sure we’ll hear from Draymond on the subject.