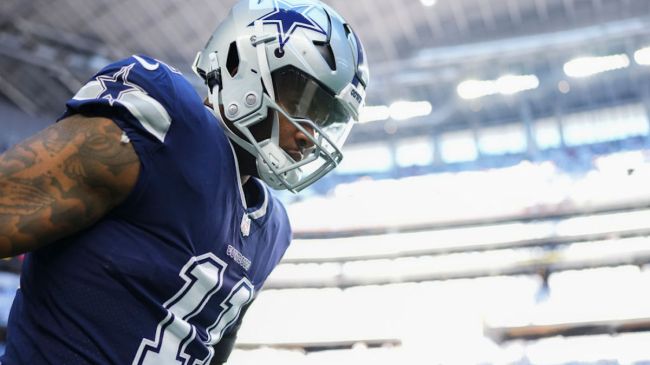 Aaron Rodgers and the Green Bay Packers are currently in the midst of a five-game losing streak. As a result, the team now sits at 3-6 and is on the outside looking in when it comes to the NFC playoff picture.

If the Packers are going to turn the season around and make the playoffs, they’re going to have to start racking up wins sooner rather than later, as the season is now already halfway over. Unfortunately for the Packers, though, it’s going to be difficult to spark a winning streak this weekend as they’re facing off against the Dallas Cowboys and their ferocious defense.

That defense is led by otherworldly linebacker Micah Parsons, who compared Rodgers and the rest of the Pack to roaches earlier this week.

“My grandma told me: if you see a roach and it’s fooling around, do you step on it and bury it or do you let it rebuild and get back to life? You step on it. I live life with no remorse. You can’t have no remorse in this game [or] it turns up to bite you.” [via Yahoo Sports]

Following their Week 10 matchup against the Dallas Cowboys, the Packers will have just four days of rest before they host the Tennessee Titans for a Thursday Night Football matchup on November 18.

Despite their struggles so far this season, Aaron Rodgers’ confidence in himself remains high, as he reiterated on The Pat McAfee Show earlier this week that he’s “still the reigning, defending two-time MVP.”

As things currently stand, if the Packers want to make the playoffs in what could be Aaron Rodgers’ final season, they’ll have to leapfrog a handful of other NFL teams such as the San Francisco 49ers, Washington Commanders, Atlanta Falcons, and Los Angeles Rams.

RELATED: Aaron Rodgers Is Doing The Exact Thing He Said He Would Never Do, Says Former Teammate