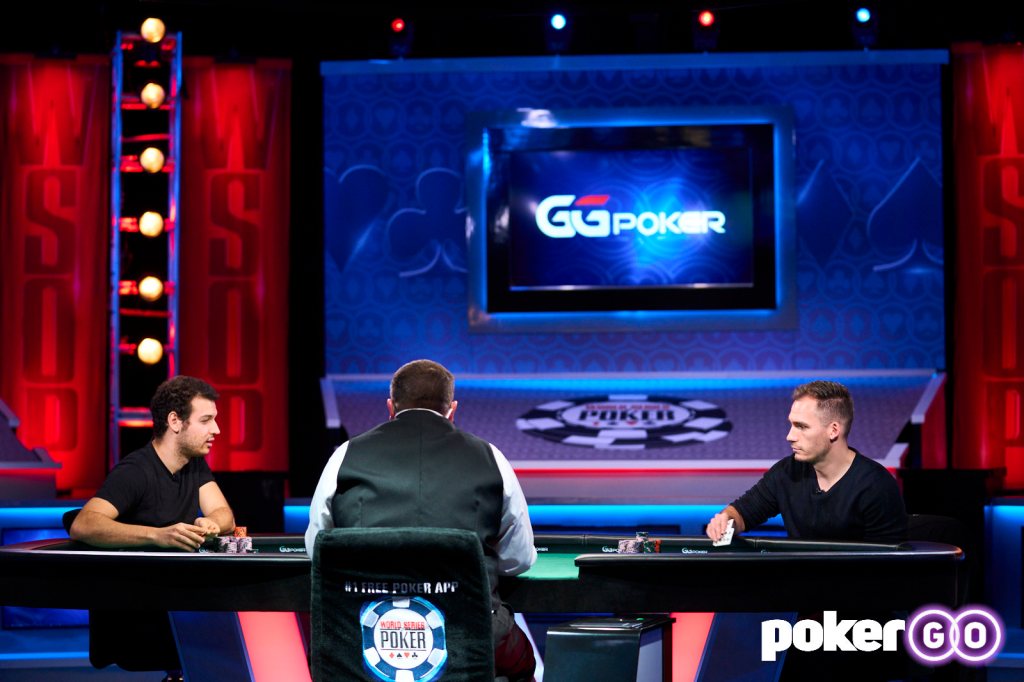 Michael Addamo is in the midst of an incredible run. He’s racked up over $10 million in career earnings and is considered by his peers to be one of the best Hold-Em players in the world right now.

I recently featured Addamo here on BroBible when he pulled off a truly masterful bluff in the $300,000 buy-in PokerGo Super High Roller Bowl VI which Addamo won for an astounding $3.4 million. He had a LOT of steam coming into the 2021 World Series of Poker events and has continued to run hot, currently sitting in 28th place in the 2021 WSOP Player of the Year standings.

I’ll go out on a limb here and say that unless Addamo wins the Main Event, he won’t catch Phil Hellmuth for Player of the Year but crazier things have happened in the world of poker.

Here we see the most electric hand from the WSOP $50,000 buy-in No-Limit Hold’em High Roller final table. Justin Bonomo and Michael Addamo were playing heads-up, Bonomo with 10.9M in chips to Addamo’s 12.6M in chips. The winner of the heads-up battle would take home $1,132,968 and a coveted WSOP bracelet while 2nd place would still win $700,228.

I don’t want to spoil too much here so check out the action, also be sure to smash the ‘subscribe’ button on that PokerGo YouTube channel to keep up with the latest clips from the 2021 World Series of Poker.

Going all-in, heads-up, with 10-9 offsuit, against one of the best current players in the world is certainly a choice. Strange things can happen heads-up. Anything can happen. But you want to pick your battles better than 10-9 offsuit at a WSOP final table, I think.

With that said, they’re the pros and not me. If Addamo folded it would have been an excellent bluff. Here’s Addamo bluffing against pocket queens en route to winning that $300,000 buy-in PokerGo Super High Roller Bowl VI tourney.

The 2021 WSOP Main Event, the iconic $10,00 buy-in No-Limit Hold’em World Championship, begins on November 4th with Days 1A, 1B, 1C, and 1D spread out across four days. If you’re in Las Vegas and have $10K to drop entering a poker tourney, now you know where you need to be when November starts.