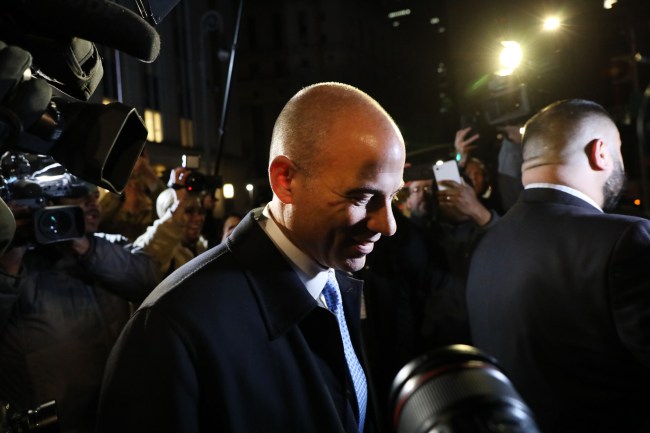 Last mobnth, Stormi Daniels former lawyer and noted Trump critic Michael Avenatti was arrested and is currently facing charges of trying to extort up to $25 million from Nike by threatening to publicize claims that the comnpany authorized payments to the families of top high school basketball players.

Avenatti denied that he was “technically” extorting Nike and is now releasing information in attempt to exonerate himself.

Never happened. I never offered to stay silent. We demanded transparency but Nike didn’t bother to tell the government that part because it would undercut their scheme.

Last night Avenatti claimed that Zion Williamson’s mother took payments from Nike as a “consultant” back in 2016/17 as way to get him to play for Duke.

1/3 – Carlton DeBose, a Nike executive, has bribed over 100 high school players over the last 4 years to play college basketball at colleges affiliated with Nike as opposed to other schools. He has used bogus invoices and countless coaches to further the scheme & deliver the $…

2/3 – Nike’s most senior execs knew about it and looked the other way, as did many of the colleges. Nike also undertook large efforts to hide it from the NCAA & federal investigators. Some colleges lost out on some of the best high school recruits because of Nike’s bribes…

Was it fair for some colleges to lose out on recruits because Nike had bribed the recruits with illegal payments so they would play at other “Nike” schools? Was it fair for Nike to take advantage of the players and their families by paying the bribes and then demanding loyalty?

.@DukeMBB – About this denial by Coach K the other day relating to payments by Nike…Can you please ask Zion Williamson’s mother – Sharonda Sampson – whether she was paid by @nike for bogus “consulting services” in 2016/17 as part of a Nike bribe to get Zion to go to Duke? Thx.

Avenatti continued his assault against Nike by releasing “evidence” of family members of certain players receiving money from Nike.

1/2 – Here is a link to only SOME of the evidence showing Nike bribed players to attend "Nike" colleges. This evidence is now in the hands of law enforcement. Nike bribed over 100 players as part of their scheme and purposely hid the payments from the NCAA & fed investigators…

2/2 – Nike should be criminally indicted on well over 200 counts and should also explain why they misled their investors/the SEC. If I'm lying or the docs are not legit, I challenge @nike to issue a stmt claiming no bribes were ever paid. Just Do It Nike!https://t.co/4gi8MQRcQB

Avenatti seems intent on destroying Nike and their executives following his arrest.