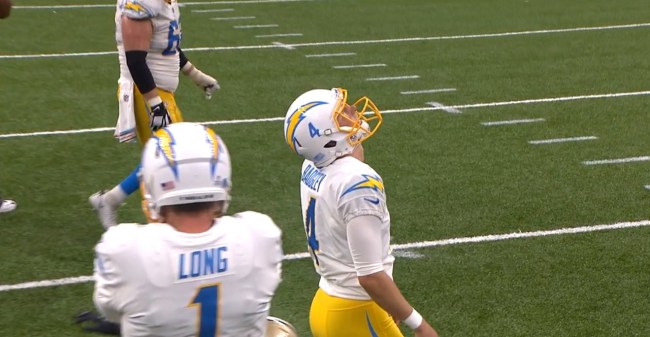 If you’re a kicker and your nickname is “The Money Badger” you better make all of your field goal kicks because if not you’re going to get dragged by the Internet.

Before Chargers kicker Michael Badgely lined up to kick a potential game-winning field goal vs the Saints on Monday night, ESPN announcer Steve Levy revealed that Badgely had trademarked the nickname “The Money Badger.” Badgely proceeded to miss the field goal after his attempt doinked off the upright.

"He trademarked his nickname The Money Badger"

"Oh he missed it" pic.twitter.com/dfbNB3tr1t

The Saints went on to beat the Chargers in overtime and NFL fans blasted Badgley and his nickname.

you can't be a kicker, trademark "Money Badger" as a nickname and then doink a game winner on MNF

Herbert in the locker room: You nicknamed yourself "Money Badger", is that right? pic.twitter.com/FbRyaBE35s

The money badger as a nickname for a kicker? 😂

calling him the money badger before the doink was too perfect

The moment he said “Money Badger” it was a guaranteed miss

i soon as they said "money badger" i said NOPE