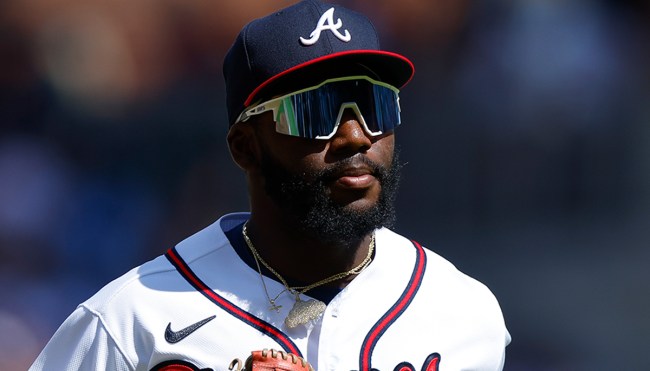 Super Troopers didn’t exactly blow critics away when it hit theaters in 2001, although the fact that it was able to rake in over $23 million at the box office on an estimated $3 million budget was certainly a solid consolation prize.

However, the comedy from the Broken Lizard crew that was also behind Beerfest (as well as the criminally overlooked Slammin’ Salmon) was eventually able to earn Cult Classic status thanks to a legion of diehard fans who were able to appreciate the purposefully juvenile humor that defined the cheeky and fun shenanigans of the ragtag group Vermont state troopers at the movie’s center.

That includes the various antics those law enforcement officers dreamed up to entertain themselves (and, in turn, viewers) while dealing with members of the general public—like “The Cat Game” that involves slipping the word “meow” into a conversation as many times as possible.

It would appear Atlanta Braves pitcher Tyler Matzek is a Super Troopers fan based on the challenge he issued to Michael Harris II after the rookie outfielder sparked a ninth-inning comeback against the Marlins on Sunday with the solo home run that helped his team walk away with a  3-1 victory.

After the game, Harris gave The Cat Game a shot at Matzek’s urging when he chatted with reporters who flocked to his locker and was ultimately able to incorporate “meow” into his responses five different times over the course of three minutes.

Count how many times @MoneyyyMikeee can say "meow" in a postgame interview. 😹 pic.twitter.com/6S9MB28zZ8

That total was still well short of the record-setting mark of ten that was set in Super Troopers at the expense of the befuddled motorist played by Jim Gaffigan, so here’s to hoping the Braves locker room uses this as an excuse to see who can come out on top by the time the season wraps up.