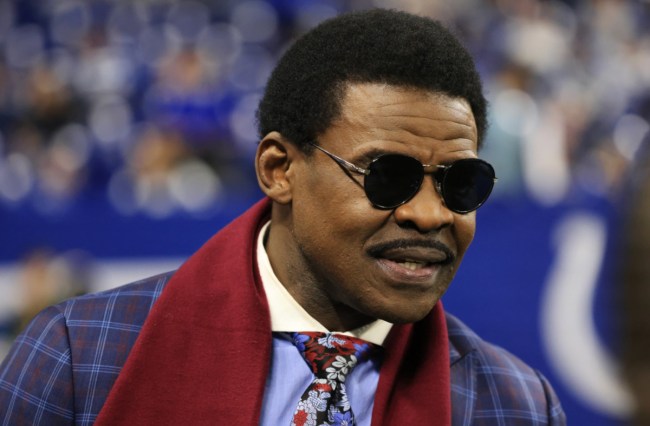 Just about everybody in the football world has chimed in on the Dallas Cowboys following Sunday’s loss to the San Francisco 49ers. Now one of the team’s legends has gotten in on the action.

Today on 105.3 The Fan, Irvin called out the team’s stars and their lack of impact on Sunday’s games.

“Our stars didn’t show up [on Sunday]. We had no shot. Whenever you got disorder [you get] dysfunction. We can’t have our stars putting up role player numbers like 31 yards rushing, one catch for 21 yards, 69 passer rating. And then have our role players putting up numbers like [Dalton] Schultz and [Cedrick] Wilson.

The full quote sees him comparing the tandem of him and Emmitt Smith to the current crop of Cowboys stars.

Michael Irvin on @1053thefan on the Cowboys’ star players not showing up Sunday against the 49ers: pic.twitter.com/gn5rtmjbcC

Michael Irvin has a point here. The Cowboys have invested quite a bit in their offense in recent year. They gave Ezekiel Elliott a ridiculous contract that looks like more and more of a mistake with every game. They gave Amari Cooper $20 million a year. They spent a 1st round pick on CeeDee Lamb.

Cooper had a decent game, but the other two and Dak Prescott all had disappointing showings on Sunday. It became a regular occurrence down the stretch. The Cowboys offense was extremely inconsistent late in the season.

The 17 points they mustered in a home playoff loss raises serious questions about whether this team has reached its peak.

Michael Irvin is absolutely right about the stars of this team. If the Cowboys are ever able to reach their goal, their stars are going to need to show up.