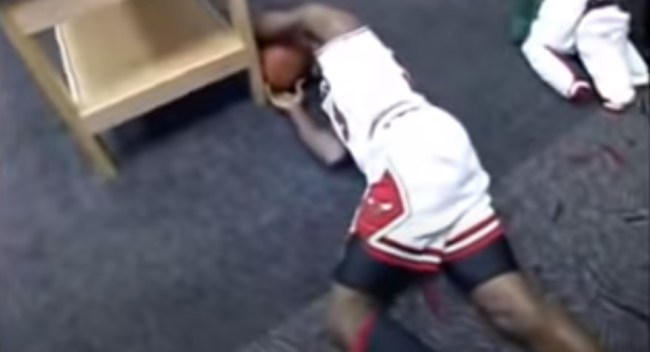 One of the most iconic images of the 1996 NBA finals was of Michael Jordan crying on the floor after winning the championship on Father’s day three years after the murder of his father James Jordan.

On Sunday’s episode of “The Last Dance” we were actually able to hear the audio of Michael Jordan sobbing while on the floor holding the basketball.

I’d seen this video clip before but never heard the audio of him sobbing. That hit different #TheLastDance pic.twitter.com/kXFwvkXr6H

Apparently, this is the first time the audio of Jordan crying in the locker room has been released.

Will never forget NBC showing Jordan crying in the locker room after winning the fourth championship. Pretty sure this was the first time we’ve actually heard the audio of him sobbing. So powerful.

Folks that is the first time they played the audio of Jordan crying on the floor. YOU HAVE NEVER HEARD THAT BEFORE TONIGHT! It’s always silent b-roll under music or voice over. My friend worked for NBA entertainment & shot that footage. He told me about it #TheLastDance