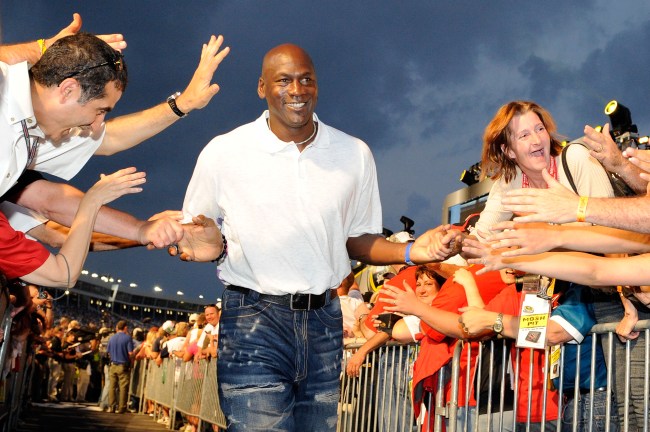 Of all the things the world’s most iconic athlete could invest in, I’d guess a NASCAR Cup team would be about 82nd on the list, right behind becoming majority owner of the Birmingham Barrons and a stake in a Dave & Busters franchise.

This is a unique, once-in-a-lifetime opportunity that I believe is a great fit for me at this point in my career. I’m grateful and humbled that they believe in me and I’m super pumped to begin this adventure with them.

But MJ’s adoration for NASCAR runs deep and personal, with his father, a big car buff, taking him and his brothers and sisters to races around North Carolina growing up.

Michael Jordan and Richard Petty before the 1982 World 600 at Charlotte (via u/stiver95) https://t.co/Vd3IVOzwrq #NASCAR pic.twitter.com/YiqJ5spLGj

In an interview with NBC Sports and Fox on Wednesday, Denny Hamlin, a three-time Daytona 500 winner, revealed that he was only kidding about owning a Cup team with MJ after unfounded reports circulated that it could be happening.

“Looks like we’re owners together, ha, ha,” Hamlin told Jordan. “Congratulations. He said, ‘Fake news, but if you want to make it real news, let me know.’ ”

10 days later, one of the most anticipated NASCAR teams in memory was born.

(Pictured: Jordan shaking hands with NASCAR president Mike Helton prior to the NASCAR Nextel Open in May 2007.) 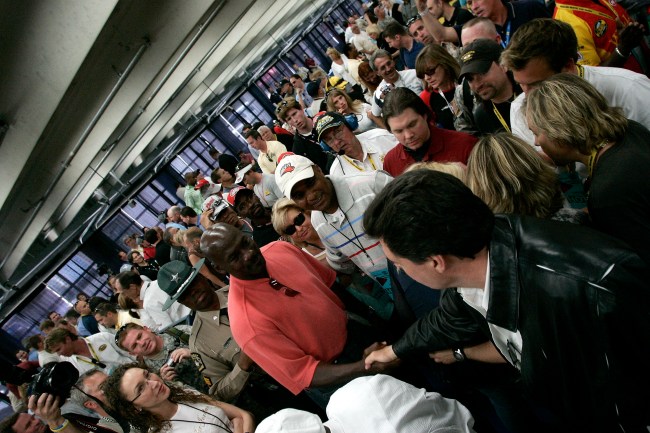 This should be a surprise to absolutely no one, but Jordan is approaching his new job in the borderline-sociopathic manner that catapulted him to sports royalty in the 90s.

“When we got into this dialogue and I saw that OK, I might have a chance if we can put together the right situation to possibly win. That became more intriguing. That was my mindset going into this.”

MJ wrapped up his interview simply stating: “I just want to continually win.”

I can’t shake this image of Bubba Wallace dragging ass in a race and MJ walking on to the track and forcing Bubba into a full stop before pulling him out of the car and finishing the race himself. Jordan somehow finishes first but causes a wreck of the entire field in the process. GOAT shit. Pray for Bubba.