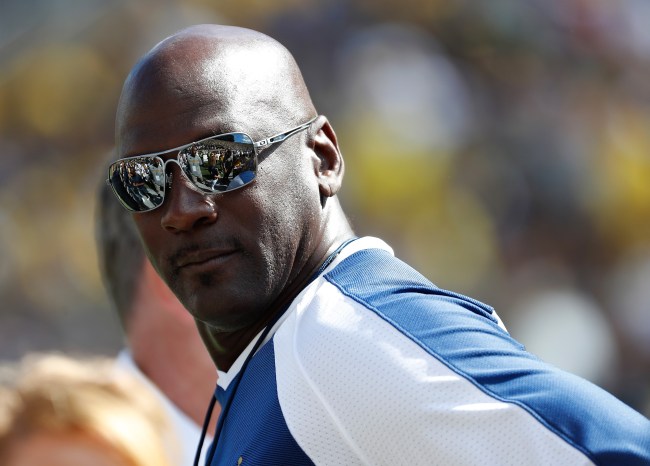 Michael Jordan is the GOAT, guys, and, in my personal opinion, anytime that the GOAT speaks, we should all listen. It’s not that MJ knows all, but, c’mon, when it comes to being a successful person, who better than the six-time NBA champ and Hall of Famer to give a little insight on how to get there? Oh, that’s right, nobody.

Given the fact Michael Jordan has seen his fair share of stressful situations in his basketball career — like when the game was on the line and he had to handle the pressure of hitting the final shot — it’s interesting to get into his mind a little bit to see how he handles those types of intense moments. And, talking to ESPN in a special feature about that very topic, His Airness revealed that, in order to be successful in high-stress pressure, it’s all about sticking to your fundamentals; which comes from lots of practice.

The secret to staying calm in high-stress situations came down to practice. Jordan built his fundamentals — whether they be free throws, defense, or passing — through practice.

“The only way to relieve that pressure is to build your fundamentals, practice them over and over, so when game breaks down, you can handle anything that transpires,” he told ESPN.

By the time the game came around, Jordan knew for a fact he could perform because of the practice. That way, he didn’t have to feel the doubt or concern that lead to nervousness.

“People didn’t believe me when I told them I practiced harder than I played, but it was true,” Jordan told ESPN. “That’s where my comfort zone was created. By the time the game came, all I had to do was react to what my body was already accustomed to doing.”

“That’s where my comfort zone was created,” Jordan said. “By the time the game came, all I had to do was react to what my body was already accustomed to doing.”

That’s some legendary truth bombs dropped by Michael Jordan. The fact that he worked harder at practice than anyone else is why he’s the GOAT — and he wasn’t afraid to talk a little shit to remind people that he was. It’s also why he was so hard on his teammates, even getting in fights with guys in his own locker room during scrimmages. Jordan knew that the fundamentals were built during that time, so that when a stressful situation came up during a game, everyone remained cool, calm and collected.

You know how people say practice makes perfect? Well, for Michael Jordan, repetition and giving his all when nobody was looking is what helped him become so successful on the biggest stage.