New Survey Says Michael Jordan’s The GOAT Over Everyone Else, And It’s Not Even Close 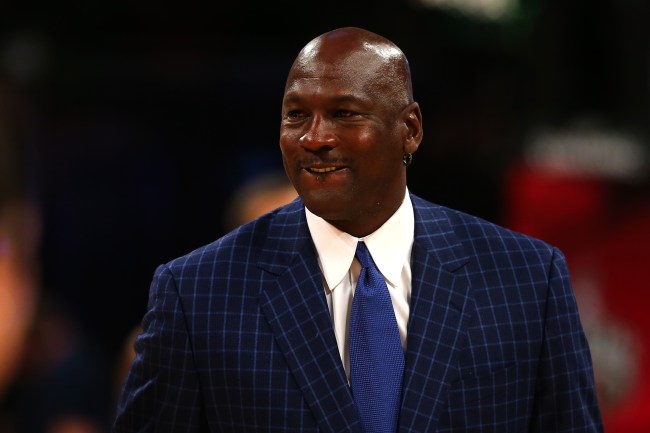 Michael Jordan’s the greatest basketball player to ever life, I don’t care what you think. Look, as a kid of the ’90s who was lucky enough (and obsessed with) seeing MJ play, there’s nobody like him on a basketball court. The dude blended scoring with defense with trash-talk that would throw off his opponents, helping him go a perfect 6-0 in the NBA Finals. Oh, yeah, he also saved some of his most dramatic games when the pressure was highest, so no one can touch Jordan in an all-time ranking, in my opinion.

I don’t seem to be the only one who thinks this, though, because a new survey from Business Insider, via Complex, reveals what most of us probably already thought and/or knew — that Michael Jordan is the GOAT. And, while people may argue that LeBron James or someone else can at least contest Jordan’s standing, the large majority of people would disagree, because look at the results of the SurveyMonkey poll.

There are some serious names on that list — including multiple championship rings, league and NBA Finals MVPs and all-time leaders in statistical categories — but, when all is said and done, Michael Jordan came out on top by an extremely wide margin. The fact that two-thirds of the 1,082 respondents is a little surprising, but, really, I’m not sure how shocked any of us really are at the results.

Does this necessarily put to rest the debate about whether it’s Michael Jordan or LeBron James as the GOAT? Probably not. But at least it gives us an idea as to what the general public thinks — and that’s that no one can hold a candle to Jordan. Sorry for all those who disagree.