Michael Jordan, Unlike LeBron, Has No Interest In Being Called The GOAT (Because He’s The GOAT) 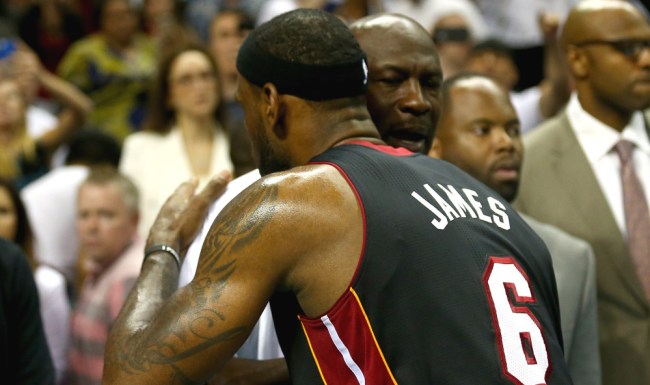 This past weekend it was revealed that LeBron James now considers himself to be the GOAT of the NBA.

The reason James gave for being the GOAT was because he beat the 73-9 Warriors in the NBA Finals.

“That made me the greatest player of all-time. That’s what I felt,” LeBron revealed on on ESPN’s More Than An Athlete. “Everyone was like they were the greatest team ever assembled and for us to come back the way we came back in that fashion I was like you did something special. That was the only time in my career that I was like oh shit you did something special but that was the moment.”

Naturally, there were people out there who did not necessarily agree with King James’ self-assessment, including his one-time teammate Big Shot Billups, who dropped the hammer on LeBron’s claim by saying, “Maybe if he would have hit the shot Kyrie hit.”

(We’ll just let it slide that he said Kobe was the most skilled player ever.)

Of course, many of the LeBron GOAT detractors have been Michael Jordan fans, but don’t count his Airness among them. He has no use for the term GOAT. At least that’s what he once told Michael Wilbon.

“I don’t want it [the GOAT title], in a sense, because I think it disrespects Wilt Chamberlain, Jerry West, all the guys that, prior to me, I never had a chance to play against,” said Jordan. “What everybody is saying I am, I never had the chance to compete against other legends that prior to me.”

Michael Jordan on the 🐐 tag. pic.twitter.com/dAGfxRcX4Z 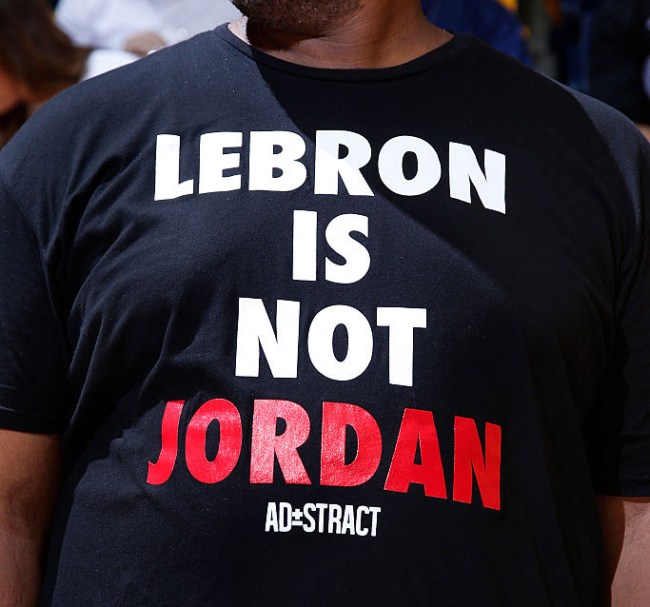 Indeed. The GOAT doesn’t have to call himself the GOAT. He lets others do it for him.

Also, LeBron’s five year run is not better than Jordan’s lmao or any of the other players listed here @getnickwright pic.twitter.com/OeJClPxC15