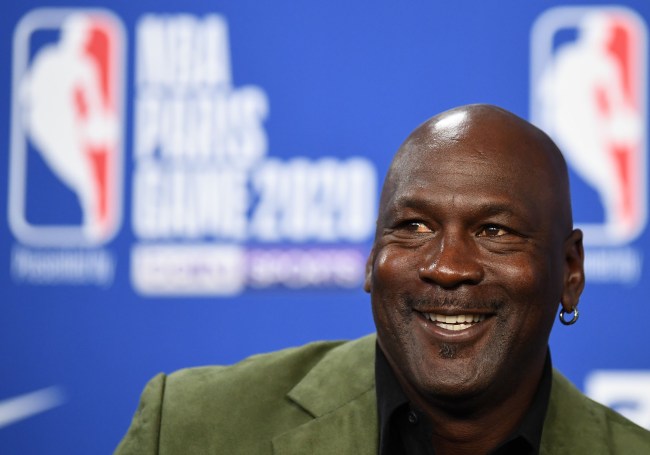 Michael Jordan’s one of the most private people on the face of the earth; which makes sense given he still remains one of the most popular figures on the planet. While MJ made his name as a six-time NBA champ with the Chicago Bulls — and was often blasted all over TVs, magazines, billboards, etc. during his playing days — when he wasn’t promoting some product or ballin’ out, he was usually behind closed doors and keeping to himself, his family or his inner circle. It’s why, even today, he’s so hard to get ahold of.

That’s part of what makes The Last Dance documentary so riveting, because Michael Jordan rarely does public appearances or talks to the media much anymore. As calculated as any athlete ever, Jordan maintains a low profile, which is why seeing him go deep into the stories of the Chicago Bulls’ last championship season is amazing — and really shows a lot about Jordan’s intensity and main objective: To win at any cost.

While sports fans have been given an inside scoop about Jordan’s life and the wild ride of the ’97-98 Bulls, we’re also getting a helluva lot of stories coming out about rivalries with former opponents, A+ info about Jordan’s teammates and everything in between. But in order to capture such footage 20+ years ago took a ton of planning and cooperation, and one of The Last Dance‘s executive producers, Andy Thompson, recently described the things he needed from His Airness to make it all happen.

Talking to Sam Amick and Joe Vardon of The Athletic, Thompson not only talked about the behind-the-scenes access Michael Jordan needed to give him in order to film the doc decades ago, but also the moment he knew that the GOAT trusted him. Take a look at what Thompson had to say below.

“I said, ‘Michael, remember when I came up to you (late in that ’97-98 season) with a list and you looked at me like I was crazy?,” asked Thompson in recollection. “I said this is a list of things that I think we need to capture before the playoffs start, because it’s going to be too intense to get this stuff off the court.”

“He looked at me like I was nuts. And I said the first thing was we want to get (footage of) you at home, you know with your family. I want to get you in a hotel room just being by yourself, doing whatever you do, just life away from the game. And I said I want to get you driving to the game, and the sixth thing is that I need your phone number.”

“Jordan didn’t balk at any of the first five, but (on) the sixth, he goes, ‘Why do you need my phone number?’” Thompson continued. “I said, ‘Because you’re impossible to talk to alone. There’s always somebody in your ear. There’s always media. There’s always somebody around. And I need to run things by you just to make sure we’re good and if we’re comfortable with this.’ He looked at me, he wrote down his number and he slid the piece of paper to me.

“When he did that, I knew I had the ultimate respect and trust from Michael, because he doesn’t give his number out to anybody.’”

This is incredible stuff from Thompson, who recounts the story amazingly for people to really get the full picture of how private Michael Jordan really is. Remember, at the time, Jordan was the most polarizing athlete on the planet, and was in full demand to fill every waning hour he had, so for a producer to ask him for full transparency and direct communication in order to film his life was a big ask.

Luckily, for sports fans, Jordan agreed to Thompson’s request, the footage was captured and now we’re able to get an inside look at how ruthless and competitive the greatest basketball player ever was during the peak of his career. Amen for that.