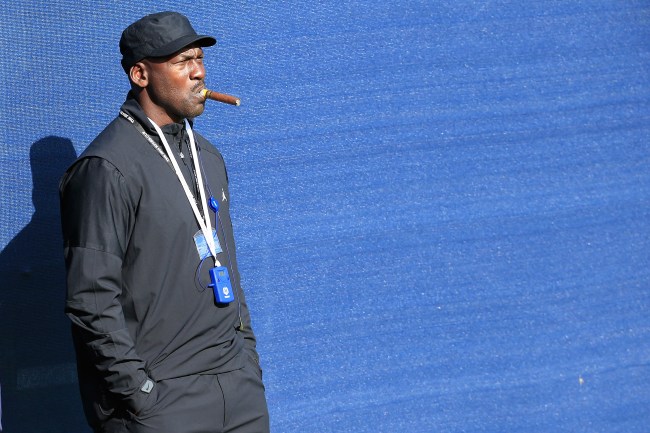 Michael Jordan has more money than God, or so it seems. The six-time NBA champ and, for all intents and purposes, the GOAT is reportedly worth over $1 billion, per Forbes, with the majority of that money coming from endorsement deals, not his basketball salaries. From Nike to Gatorade to Hanes underwear to Ballpark Hot Dogs, Jordan has been the face of plenty of brands in his day, leaving people with one simple question: Does he really use them all?

According to Michael Jordan himself, the answer is yes, because he cares more about his image when believing in a product than just the money itself. That’s called being a business, man, not a businessman. And an old interview with Playboy in 1992, which has since resurfaced around the Interwebs, proves just how important protecting that image was to Jordan as he gained popularity.

In the article, Michael Jordan talked about how he got pitched for a canned hot dogs and beans product called Beanee Weenees. Needless to say, the hoops legend couldn’t imagine saying the name of the product on TV, nor could he envision ever wanting to try the stuff, so he passed on a $1 million endorsement deal instead.

Per Business Insider, via Playboy:

That’s pretty awesome of MJ to turn down something that he, himself, wasn’t a fan of. But that wasn’t the only deal where Michael Jordan didn’t go chasing money for the sake of damaging his image, because, in the same Playboy interview, he spoke about being pitched for a hair-care product — which he turned down because he knew he was already losing his hair, so didn’t want to look like a fraud by pitching the product without any hair left.

“If I wanted to be a hardnosed businessman, I could have been in a lot of deals, like the one with Johnson Products,” Jordan said. “I had a deal with them for their hair-care products. I had two or three more years on that deal when I started losing my hair. So I forfeited the deal. But if I had wanted to be greedy, I could’ve said, Screw you, you didn’t know my hair was falling out so you owe me money. But I didn’t.”

Some pro athletes will say yes to any endorsement deal that’s thrown in front of them for the extra cash, but Michael Jordan earned to be picky, decided not to whore himself out for the dollar and, in turn, became a billionaire by sticking to products he believed in. That’s one reason why he’s worth over a billion bucks today, so take that as a solid business lesson, fellas.