Michael Jordan Talks Tiger Woods And Social Media: ‘I Don’t Know If I Could Have Survived’ 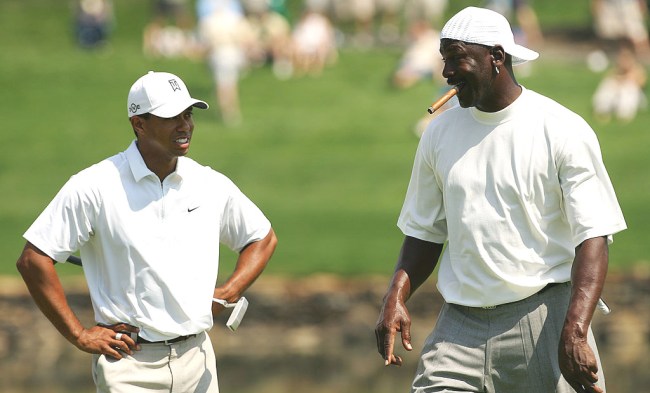 How would the world have viewed Michael Jordan if there had been social media when he played? Would we have looked at him differently? Would he have adjusted and been even more discreet than he already was with his vices?

It’s an interesting topic for discussion and one that Jordan himself addressed in a discussion about Tiger Woods with Marvin Shanken of Cigar Aficionado and transcribed by For The Win (because, annoyingly, the video is not embeddable).

“He’s in a transitional period. We athletes, we go through that. And then we have to be adults, we have to make sound decisions. He is to me in a very unique situation. Tiger played in his peak somewhere towards the end of my career. And the what changed between that timeframe to now — social media, Twitter, all those types of things that has invaded their personality and their personal times as individuals. I don’t know if I could have survived in this Twitter time where you don’t have the privacy that you would want. What seems to be very innocent could always be misinterpreted.”

Let me translate that for you. “There is no way in hell I not have gotten in some major trouble if social media were around when I played. You know it, and I know it.”

Then when Shanken said that all those comparisons people used to make between Tiger Woods and Jack Nicklaus are pretty much over now, Jordan begged to differ and even said something that may surprise those who watched MJ play.

Jordan goes on to make some interesting points about how much Tiger changed and advanced the game and pointed out that while Nicklaus has won more Majors, Bill Russell won more NBA Championships than himself, so does that make Russell a greater basketball player?

Again, another interesting topic for discussion. 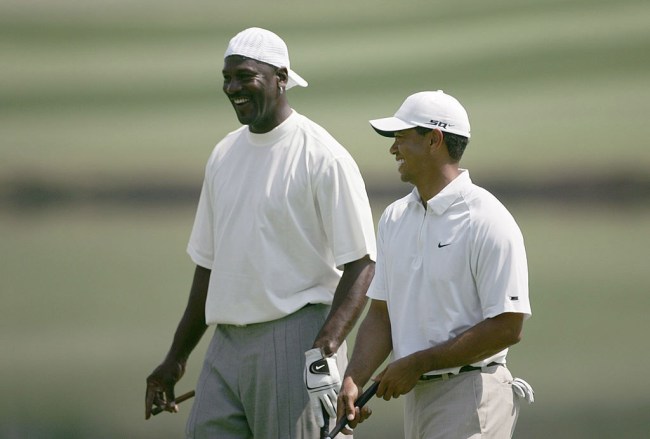 How much would have given to be a fly on the wall for this conversation?