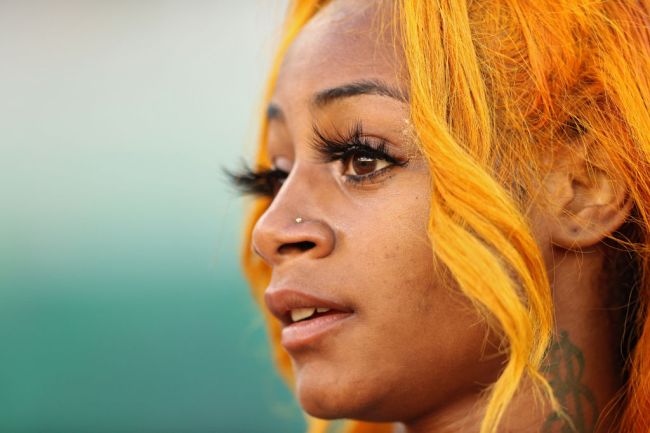 U.S. sprinter Sha’Carri Richardson could miss the Tokyo Olympics due to a positive drug test and people aren’t happy about it.

On Thursday night, the Cincinnati Enquirer’s Tyler Dragon reported that Richardson was probably not going to make the Olympics after receiving a 30-day suspension for testing positive for marijuana.

Almost immediately after reports of Richardson’s positive drug test made the rounds on the Internet, Michael Phelps began trending on social media considering he was once seen smoking a bong during a college visit, and many feel wasn’t punished as harshly as Richardson currently is getting punished. It is worth noting Phelps was suspended for three months in a non-Olympic year during his marijuana scandal.

They are trying to block this girl from the Olympics for weed.

People in my mentions comparing Phelps getting a 3 month suspension from regular season USA swimming to getting suspended from the Olympics. The two aren’t the same. Also people comparing a DUI to testing positive for marijuana are annoying cuz those two things aren’t the same

Michael Phelps literally had a picture of him ripping a bong go viral….what da hail is this shit 🙄 https://t.co/gbzcDv7wQv

White twitter when michael Phelps got caught for weed vs now when it’s sha'carri richardson pic.twitter.com/dKvBlYadNc

People keep brining up Michael Phelps bong pics & suspension. That was like 1% of it. He was protected for YEARS before/after that. Some of it public (2004 DUI; 2014 DUI; 2009 Car crash after drinking) and a whole lot more shyt private. There are stories. Protected whole career

Where was this energy with Michael Phelps? pic.twitter.com/LX9ZXcj0ZP