Nuggets Decide To Have A Word With Michael Porter Jr. After He Said Coronavirus Is Being Used For Population Control 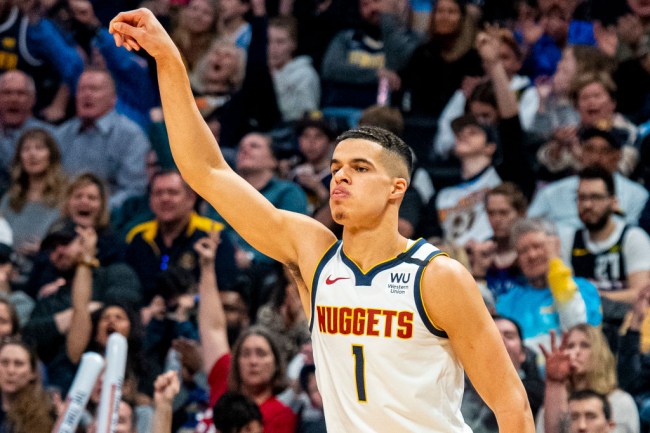 Michael Porter Jr. made headlines earlier this week after a rather interesting Q&A session on Snapchat. The Nuggets guard decided to dive into some global topics and conspiracy theories instead of basketball talk explaining that he believes the coronavirus is being used as population control. He also stated that he had never had a vaccination in his life.

“Personally I think the coronavirus is being used obviously for a bigger agenda. It’s being used for population control in terms of being able to control the masses of people. The whole world is being controlled.”

“Because of the virus, the whole world is being controlled. You’re required to wear masks, and who knows what’ll happen when this vaccine comes out. You might have to have the vaccine in order to travel. That’d be crazy,” Porter said according to TMZ.

Not only did Porter get put in Snapchat timeout following his exchange for ‘violating’ one of the platform’s community guidelines, but he also had a discussion with the Nuggets president of basketball operations Tim Connelly, according to ESPN.

Head coach Michael Malone told reporters about Porter’s chat with Connelly before giving his take about the situation as well emphasizing that he wasn’t going to tell his player what they should or should not say.

“Obviously, I’m not the thought police,” Malone said during a Zoom session with reporters. “I’m not going to tell any of our players what they can and can’t say. All I would say is just be sensitive to the current situation in our country and throughout the world in regards to coronavirus.

“If somebody has a strong belief on something, they have the platform and freedom to use that. We will just try to educate guys so that they understand the impact of what they may be saying.”

Porter isn’t the only NBA player to speak out about the coronavirus, Dwight Howard has also come out and said that he doesn’t believe in vaccinations and that masks are nothing but ‘clickbait.’