Michael Porter Jr. Says Coronavirus Is Being Used For Population Control, Explains He’s Never Been Vaccinated In His Life 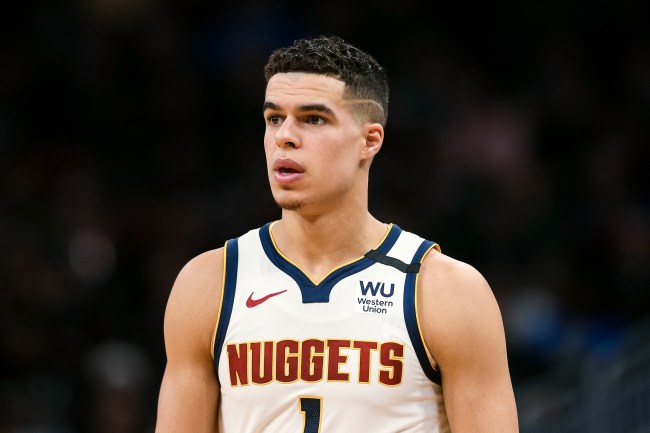 Some NBA players stuck in the bubble have elected to jump on social media and offer up their opinions on the coronavirus, vaccinations, and mask-wearing. First, it was Dwight Howard who shared on Instagram Live that he believes that masks are ‘clickbait’ and that he doesn’t believe in vaccinations. Now, Michael Porter Jr. has jumped in on the scene to give his opinions on the matters at hand.

The Nuggets forward took part in a Snapchat Q&A on Tuesday and instead of sticking with on-topic basketball questions he elected to go deep in the well and explain that he believes the coronavirus is being used for population control.

“Personally I think the coronavirus is being used obviously for a bigger agenda. It’s being used for population control in terms of being able to control the masses of people. The whole world is being controlled.”

“Because of the virus, the whole world is being controlled. You’re required to wear masks, and who knows what’ll happen when this vaccine comes out. You might have to have the vaccine in order to travel. That’d be crazy,” Porter said according to TMZ.

“Dont get too emotionally involved, but yeah, I mean it is a serious thing, it’s a real thing, but yes, it’s being overblown.”

While on the topic of vaccination, Porter shared that he had never been vaccinated in his life, “never had any shots or anything like that.”

Porter attended the University of Missouri for a year before being drafted in 2018. The university requires proof of vaccination against measles, mumps and rubella – the 2-dose MMR Immunization Policy – but Porter is claiming he got around that requirement.

This isn’t the first time Porter has put himself into a bit of hot water on Snapchat. Last year he accidentally shared Adam Silver’s email and cell phone number on the app.