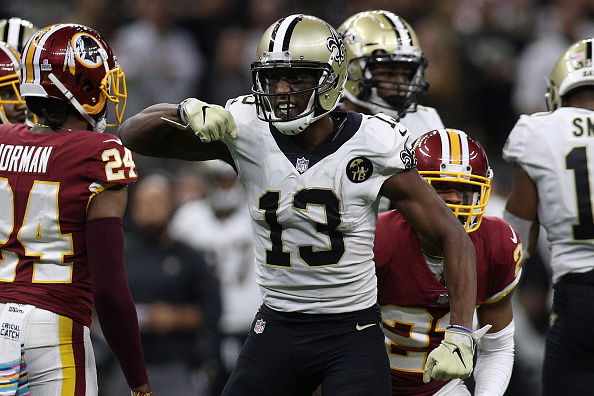 The Redskins secondary got embarrassed last night by the Saints high-powered offense in a 43-19 blowout loss on Monday Night Football.

Things got so bad for the Redskins that their star corner Josh Norman was benched for a brief period before the half.

We talked about some things at halftime,” Coach Jay Gruden said about Norman. “Had to cool him down a little bit. Everything’s fine. It’ll be back to normal, and he’ll play the rest of the year.”

Norman said there is no need for another conversation between him and Gruden.

“I leave everything up to the head coach,” Norman said. “Whatever Jay said, that’s what we’re going to go with. I don’t have anything else more to say on the issue.

During the game Saints wide receiver Michael Thomas was seen taunting the Redskins secondary by dancing on the sideline after a touchdown.

This didn’t sit well with Redskins players who expressed their disgust with Thomas’ antics while speaking to the media after the game.

“That guy! Oh my gosh! That guy …,” Washington cornerback Josh Norman said. “To speak on him, I would not waste my breath. I’m sorry. I will not. He’s not worthy of it. He never will be worthy of it.”

The other Washington defensive backs were equally upset with Thomas’ antics.

“I don’t know what’s wrong with that guy,” said Washington cornerback Quinton Dunbar, who could be seen trash talking with Thomas in between plays. “We were just going out there and competing. He talked his (expletive), I talked my (expletive). I ain’t backing down from nobody. So it is what it is.”

Thomas than began mocking the Redskins on Twitter for crying to the media.

This led to a back a heated back and forth between Norman and Thomas on Twitter. 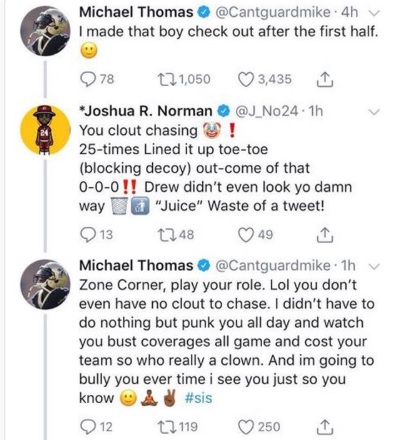 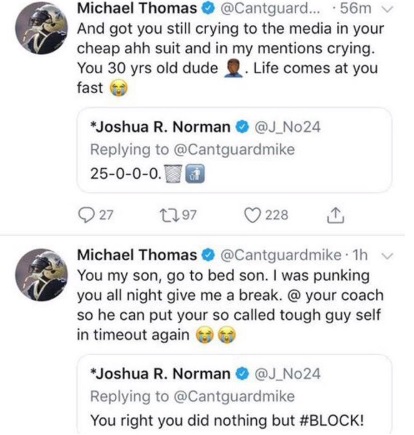 Thomas was able to eventually get in a parting shot when Norman decided to delete his tweets.

You corny for deleting your tweets @J_No24 we grown man walk it like you talk it. Goof ball con artist this my favorite part when we find out you not who you say you are.