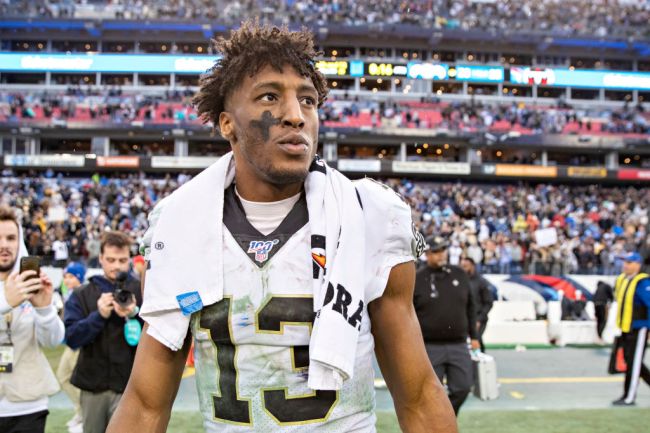 The road back from injury has been a long one for Michael Thomas. He first injured his ankle nearly 2 years ago, early on in the 2020 season. The ankle saw him placed on IR twice during that season before requiring surgery after the season.

That surgery led to him missing the entire 2021 season and start training camp this summer on the PUP list.

Luckily, his stay on the PUP list was a short one. Today, he returned to action for the first time in a year and a half. The videos of his first day back at practice were enough to give New Orleans Saints fans hope that they could get the old Michael Thomas back during the 2022 season.

#Saints WR Michael Thomas was back on the field today running routes and catching passes. He's officially off the PUP list.

A big day in New Orleans.pic.twitter.com/3t8T4cB2CR

After his first practice back with the Saints, Thomas had a message for everybody who has doubted him over the past year and a half of his recovery.

There have been plenty of people out there who have counted Thomas out since his injury and have been expecting it to prevent him from ever returning to the level that saw him establish himself as one of the NFL’s best receivers.

If Thomas is truly back at 100%, he’ll be a huge addition to the Saints offense. In his last 2 healthy seasons, Thomas broke the record for catches in a single season and totaled 274 receptions for 3130 yards and 18 touchdowns.

A healthy Thomas would immediately become the number 1 option for Jameis Winston and would make the New Orleans Saints offense a very interesting one with Chris Olave joining the receiving corps as well.