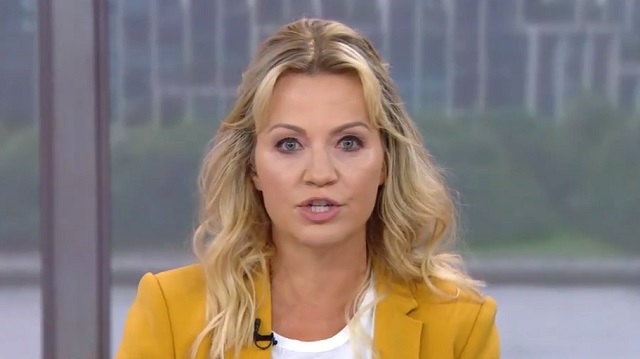 Early this morning, Get Up anchor Michelle Beadle blasted Ohio State for their decision to not fire head coach Urban Meyer because she feels he lied about not knowing about Zach Smith’s domestic violence allegations.

Beadle then went on to say that she was boycotting football and won’t watch any games because she believes women are being marginalized by the sport.

Beadle’s show “Get Up” has been suffering in the ratings department and ESPN is banking heavily on college football and the NFL to help save the show from disaster.

Just yesterday ESPN PR revealed that they were adding 11 college football/NFL analysts to talk football in the fall on Get Up.

As I noted Monday, ESPN is hoping football can game-change the viewership of Get Up!. (Call it the final Hail Mary.) To that end, today's release: pic.twitter.com/1zzUJLY62S

Check it Out! College football analysts joining @GetUpESPN throughout the season pic.twitter.com/gj0neJQ2bH

And…. that is just the beginning. NFL analysts will be on @GetUpESPN each day as well! pic.twitter.com/IDJPFWrryV

According to the Big Lead’s Ryan Glasspeigel, people in the industry believe Beadle is trying to get fired from her show.

The most common response I'm getting privately to this clip is people believing that Beadle is trying to get removed from the show (where it was clear well before today she is not a great fit) https://t.co/6xKCNltyey