Michigan Golfer Shoots 55, Mostly In The Dark, Obliterating His Own Course Record He Set Back In 2012 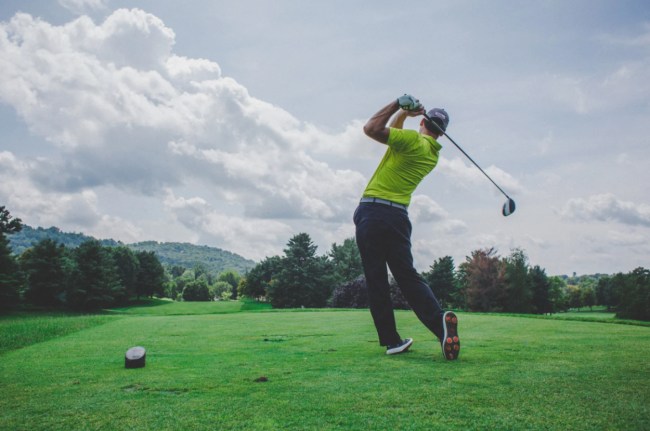 Andrew Ruthkoski, a golf professional from Michigan, outdid himself, literally, by carding one of the craziest rounds of golf imaginable.

Ruthkoski set the course record at Oak Ridge Country Club back in 2012 with an impressive 11-under par. He was able to match that 11-under par on the FRONT NINE this past week before ultimately posting a 17-under 55.

The local pro played teed it up with his twin stepdaughters who were witness to his truly insane round of golf.

According to The Detroit News, the 39-year-old started his round with an eagle on the short Par 5 first hole before making birdie on the next two holes as well. Four-under thru three is of course a magical start, but then things got wilder.

Ruthkoski went on to make another eagle on the Par 5 fourth hole, the No. 1 handicap hole, before driving the green on the Par 4 sixth. You can probably guess if he holed the eagle putt or not.

By the time he finished up the sixth hole, it was already approaching 9:00 PM, which is when golf cards needed to be returned. So, his stepdaughters returned the cart, but his friend who lives on the course told him to keep playing and let him use his own golf cart.

Good call by the friend there.

After turning at 11-under, Ruthkoski got to 12-under on the Par 4 10th hole before making five more birdies over his final eight holes to shoot 30 on the back-nine. It’s worth remembering it was past 9:00 PM at this point.

While this round seems way too good to be true, there were a handful of witnesses that saw Ruthkowski absolutely dominate the golf course.