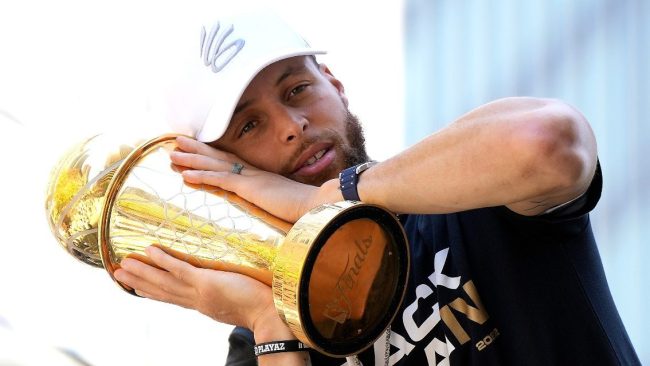 The NBA season is months away, but the league never shies away from building hype. After winning the championship, the Golden State Warriors released their new Statement Edition jerseys. They look solid, however, some Michigan Wolverines fans are pointing out one flaw in the uniform design.

On Tuesday, the Warriors released an awesome video displaying the new uniforms. They’re sleek and stylish and will look great on the court once the NBA season tips off. Even so, the entire color scheme and design are nearly identical to the Michigan Wolverines. Luckily Twitter exists so the fans could voice their opinions for Golden State to hear.

These uniforms are ridiculously close to the Wolverines. Maybe whoever designed the jerseys forgot that Michigan basketball was a thing. Either way, Golden State is going to rock these uniforms throughout the 2022 NBA season. We’ll have to wait and see what Draymond Green thinks of them, considering he played for the Michigan State Spartans during his collegiate career.

At the end of the day, it’s all fun and games as the Warriors prepare for a new year of basketball. After reclaiming the throne last year, Golden State aims to win another title while Stephen Curry, Klay Thompson, and Draymond Green are still together.