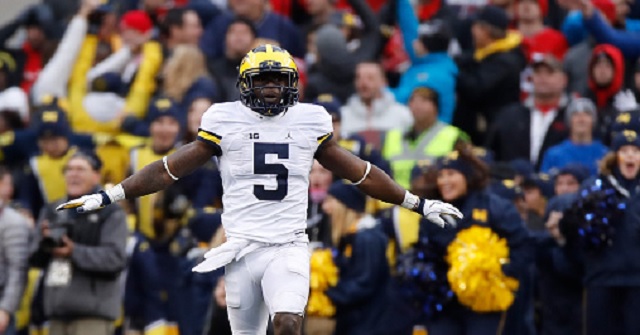 ESPN’s Adam Schefter is reporting that Peppers failed his drug test at the combine by testing positive for a diluted sample.

“Peppers went to the combine, the statement read. “He was sick after flying there from San Diego. He has a history of cramping. Peppers was being pumped with fluids, drinking 8-10 bottles of water before he went to bed, because he was the first guy to work out two days for the LBs and DBs. He had to go through that first day, come back on second day, and that was the fear. So Peppers was pounding water and under the weather. He never failed a drug test in his life, nor tested positive before for any substance.”

Peppers will enter the NFL in the league’s substance abuse program and will be subject to frequent random drug tests throughout the year. It’s hard to tell how much this will affect Peppers’ draft stock but it certainly won’t help.