Miguel Sano Crushed A 466 Foot BOMB Right Into A Lady’s Face And Yep, That’s Going To Leave A Mark 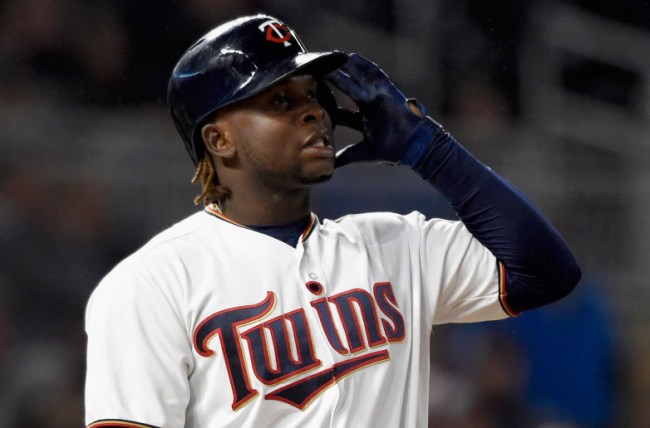 Which is precisely what Sano did on Wendesday versus the A’s as he blasted a 466 foot rocket over the batter’s eye in center field directly into the face of an unsuspecting female fan.

This lady in Minnesota was enjoying a nice dinner in CF restaurant until she was hit in the face by a 466 foot HR off the bat of Miguel Sano pic.twitter.com/QT1HO4hnW9

@urban_tom @ShtBallPlayrsDo @JW924 If you go to a baseball game you better be paying attention at all times….or this happens. She learned that lesson the hard way

AND DON’T BRING SMALL CHILDREN WITH YOU EITHER.

Oh yeah, in case you were wondering about the condition of the woman…

@1500ESPNJudd I was sitting 3 feet from her. It didn't bounce. Went right through 🙌🏻 and struck her jaw. She went for X-Rays and her Son came back (cont)

Miguel Sano said he was sorry to see his home run hit a woman.

Also said he was jammed "a little" on it.

Miguel is a delight, guys.

Well, at least he was sorry.

@fryman29 @statcast Statcast told me it would hurt like hell.