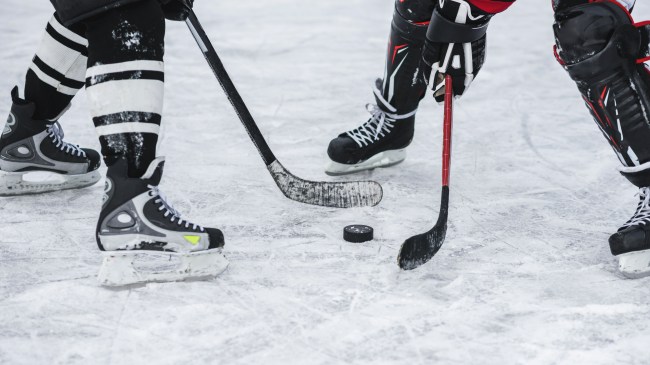 Finnish hockey pro Mikael Granlund was one of the big names moved just before the NHL’s Trade Deadline this week. The 5’10” right winger had spent the past 7 seasons with the Minnesota Wild who drafted him 9th overall in the 2010 NHL Draft.

With one year and $5.75 million left on his contract, Mikael Granlund found out he’d been traded from the Minnesota Wild sitting in the second Wild Card spot in the West to the Nashville Predators who have a 1-point lead over Winnipeg for the top spot in the Western Conference’s Central Division. This all but guaranteed Granlund will be playing in the playoffs this season, and the Preds have already expressed interest in signing him long term after his contract expires next year.

Sounds like great news for the 27-year-old, right? Well, it couldn’t have come at a more hectic time in his life.

The Nashville Predators GM David Poile had to call Mikael Granlund while he was at the hospital with his wife and his wife was in labor giving birth to their child. He said he didn’t even tell him about the trade until 5-minutes into the conversation:

David Poile had a message for Mikael Grunland on Monday afternoon after trading for him: “I’ll see you when I see you.”

The Predators general manager sent Kevin Fiala to the Wild for Grunland just before Monday’s NHL trade deadline. Grunland and his fiancee were at a doctor’s appointment at the time, Poile said, about to have a child.

Poile said he and Grunland had talked, but not about hockey at first.

“I did talk to him as a father and now a grandfather,” Poile said. “I didn’t even say anything to him about the trade for five minutes. I told him how important it was for him to take care of his wife and the baby and what a great day this is for he and his family.

“We’ll have more of a hockey conversation with him after the baby born.” (via)

I’m sure the Predators will allow Mikael Granlund to spend a few days with his wife and new child before joining the team but I can’t imagine a bigger clusterfuck after a trade. He has to find a new place to live in Nashville, move his family with a newborn there, all while traveling with a team that’s competing for the #1 seed in the West.

AND he has to wake up every morning wondering how in the hell any team in the NHL can possibly beat my Tampa Bay Lightning in a 7-game series when the Lightning is the first team since the 1970s to reach 100-points in 63 games. It sounds like this man’s personal assistant needs a personal assistant.