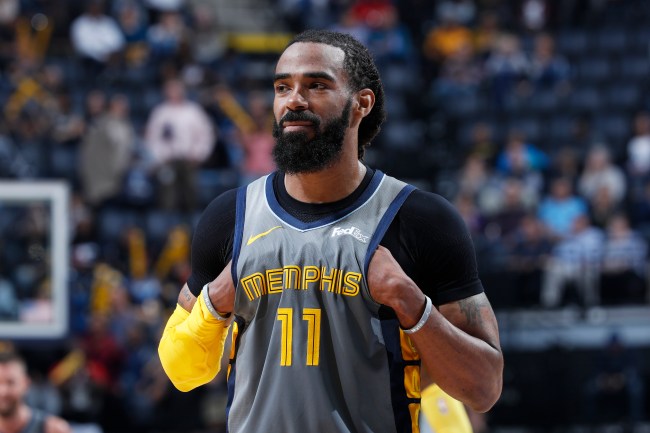 But the good thing about working on the internet for a living is that you can masquerade as woke and enlightened while exposing the failures of others. I think that makes me a coward. I guess my dad was right.

In any event, one of the biggest splashes of free agency thus far occurred today when the Memphis Grizzlies shipped off Mike Conley to the Utah Jazz in exchange Grayson Allen, Kyle Korver Jae Crowder, the 23rd pick in tomorrow’s NBA Draft and a future first-round pick.

Conley, who averaged a career high in points last season with a shade under 21, evidently doesn’t know too much about the place he’s going. In a since-deleted tweet, the 31-year-old point guard thanked the city he spent his entire 12-year career in before sharing his excitement for a city that’s actually a state.

I hope to visit the City of Utah too pic.twitter.com/Uo7ULiMBV4

Coincidentally, Conley’s new teammate, Donovan Mitchell, engaged in a spat with a Twitter troll last week and ripped him for making the exact same mistake.

As expected, the internet did what it does.

When you see Mike Conley said "the city of Utah" pic.twitter.com/2UloRGlXw6

I, like Mike Conley, also love the city of Utah

The city of Utah welcomes you with open arms. So does the state. 🤣 pic.twitter.com/A5YvCnqCXf

Welcome to the City of Utah Mike!!! pic.twitter.com/X1ItLM5MYG

Conley quickly deleted the tweet and defended his honor in a follow-up, but as we know, the internet never forgets.

Good luck to Mr. Conley with his upcoming season in the Republic of Utah.