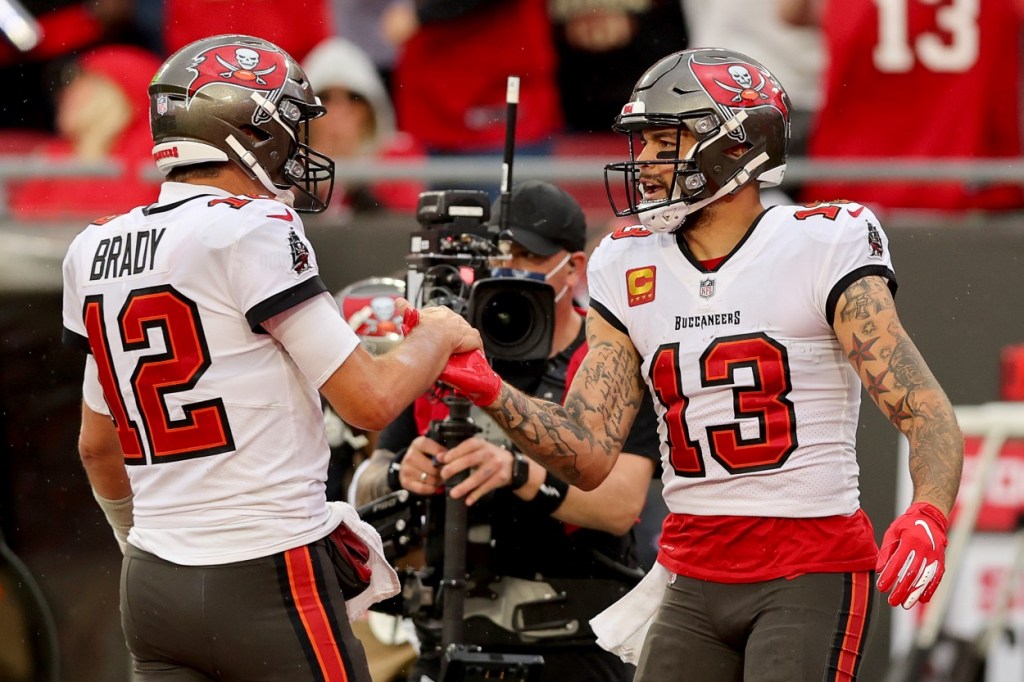 As a born and raised Tampa Bay Buccaneers fan, when news broke that Tom Brady was un-retiring and coming back I thought I was being trolled. As it turns out, Brady’s teammate Mike Evans also thought he was being trolled even when he heard the news directly from the GOAT.

Brady’s retirement only lasted 40 days but it already seemed like Mike Evans and the Tampa Bay Buccaneers were bracing for a new QB in the 2022/23 NFL season. It was never quite clear who that quarterback might be but Brady’s initial retirement announcement had an air of finality to it.

Evans recently sat down with KPRC2 reporter Ari Alexander and the pair discussed how Brady broke the news he was un-retiring to Mike. Evans says he thought Brady was trolling him because he led the conversation with a discussion about how much Tom’s ‘final TD ball‘ sold for at auction. Here’s the clip with the quotes below if you’d rather read than watch.

A few hours before @TomBrady announced his return, he sent Mike Evans a series of cryptic texts.

1st, a link to an article about the "final" TD ball Evans tossed in the crowd.

"There's more touchdowns in our future."

Evans tells me he thought Brady was messing with him. pic.twitter.com/gh3i1hCj3l

Mike Evans: “He texted me and he sent me an article where his ball sold for over 500 grand, the last touchdown that I threw in the stands against the Rams. He said, ‘That’s a lot of tuition money.’ I just laughed, and I said, ‘To my defense I didn’t know you were going to retire.’

He sent back a laughing emoji, saying, ‘There’s more touchdowns in our future.’ I just figured he was trolling me. A few hours later, it’s announced that he’s coming back. I didn’t think he was really coming back. I thought he was just playing around.”

Evans is a stats freak

Evans is on a Hall of Fame track.

"That's what I'm working for, why not? I'm trying to be the best in the game right now, and ultimately one of the best to ever play," Evans told me: pic.twitter.com/tBQss8ovF8

Mike Evans is constantly thinking about his stats. That video is proof. Evans has been in the NFL for 8 seasons and has finished with over 1,000 receiving yards every. single. season. Just an absolutely incredible career for the 28-year-ol Tampa Bay WR who is still under contract with Tampa for two more seasons.