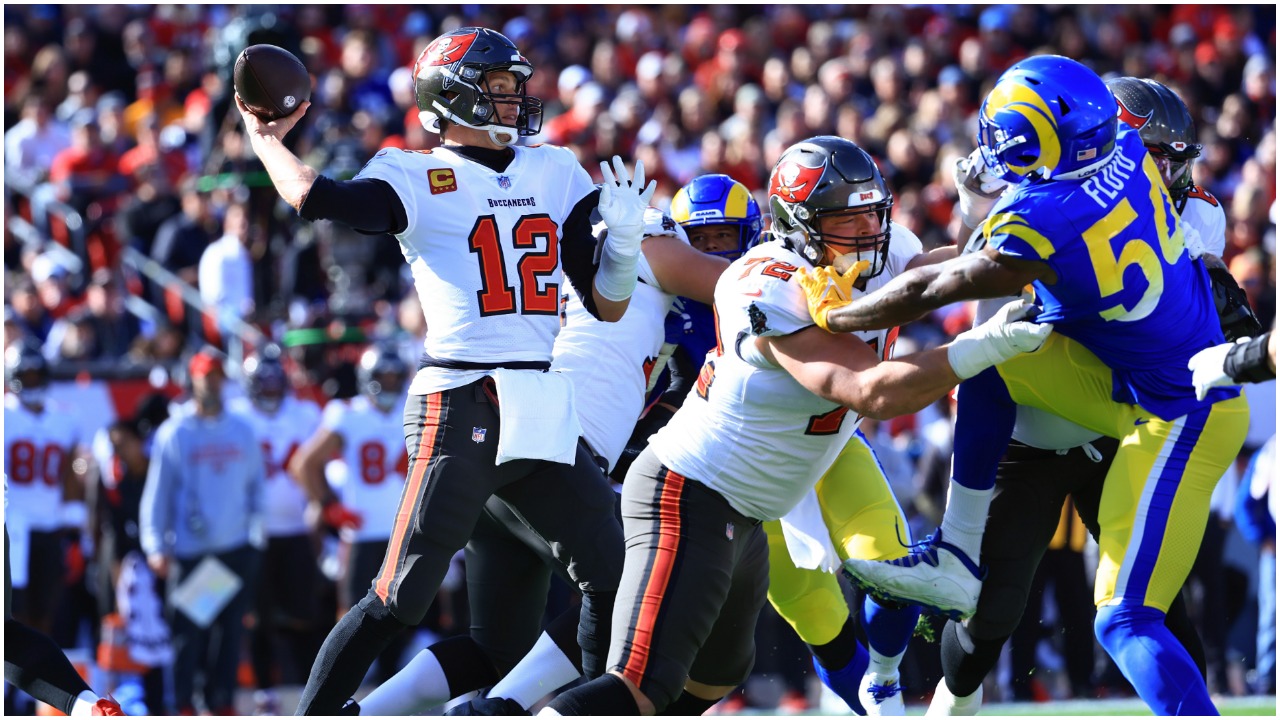 The unlucky collector who bought Tom Brady’s “final TD” ball for $518k is officially off the hook.

Back in March, a collector bought Brady’s last touchdown pass that was thrown during Bucs-Rams playoff game for $500k, believing that it would be from the Hall of Fame QB’s final NFL game ever.

One day after he bought the ball, Brady decided to unretire.

According to The Action Network’s Darren Rovell, the collector refused to pay for the ball, and the auction house ended up deciding on voiding the sale.

The buyer didn’t want to pay.

After a month, it has been resolved. https://t.co/XfKWWIw4ze

Via The Action Network.

Attorney Jeffrey Lichtman, who represented the collector who originally agreed to buy the ball, told Action Network that auctioneer Lelands has agreed, per his client’s wishes, not to go through with the sale.

The ball, from the NFC Divisional Round playoff game in which the Tampa Bay Buccaneers lost to the eventual champion Los Angeles Rams, sold on the evening of March 12th.

Brady unretired the next day.

Lichtman said when the winner of the ball heard that Brady had unretired, he was “genuinely mortified” and wanted the sale voided.

It helped that the buyer, who wishes to remain anonymous, never paid. It also helped, Lichtman said, that Lelands clearly described it as Brady’s last.

Update: LeLands auction house released a statement revealing that the buyer and seller mutually agreed to void the sale. The seller still plans to sell the ball.

“Following Tom Brady’s unretirement, and after discussions with both the buyer and consignor, we have mutually agreed to void the sale of the football. The ball has not been returned to the consignor, and the plan now is for Lelands to sell it privately as per the seller’s wishes. There are multiple parties interested in purchasing the football.”