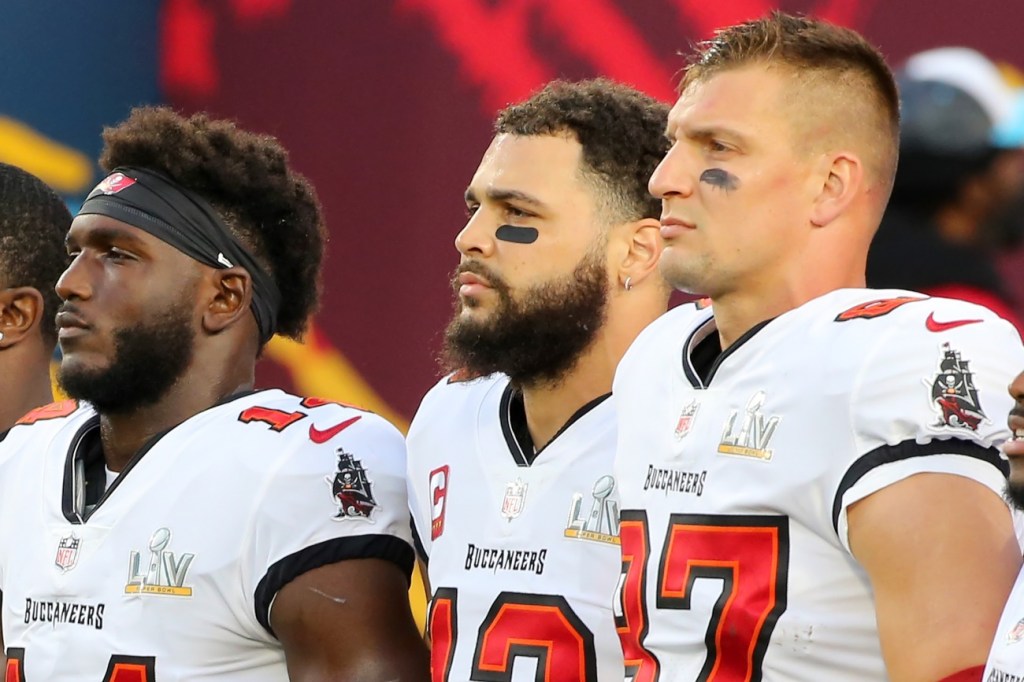 Tampa Bay Buccaneers wide receiver Mike Evans recently sat down with KPRC2 reporter Ari Alexander in Houston to discuss all things football. Evans shared how he thought Tom Brady was trolling him when Brady reached out about un-retiring and they discussed Rob Gronkowski.

When the conversation flipped to Gronk and Gronk’s retirement the tone of ‘retirement’ changed a little. But there’s clearly still some optimism on display. Rob Gronkowski has retired before and came back to play with Brady and the Bucs and Mike Evans knows this. It could happen again!

Here’s a clip from that interview with the quotes below.

I hope he comes back. With Tom and Gronk you never know. I wouldn’t be mad if he came back, I’d be excited. But I think he’s done. He plays the tight end position with max effort, he takes a pretty big beating and I’ve seen his body after some of the games and I understand why (he retired).” (via click2houston)

The door’s not shut. I see some ‘hopes’ and ‘ifs’ in there, the language you use when something isn’t completely final.

One interesting aspect of this is how Rob Gronkowski didn’t even have a contract (yet) with the Tampa Bay Buccaneers. But there seems to be this universal understanding that if and when Gronk comes out of retirement or decides to play football again next year it will be with Tom Brady and the Bucs. It’s Gronk and Brady together and everyone else is an afterthought.

Here’s that clip where Mike Evans discusses thinking Tom Brady was trolling him about retirement:

Mike Evans is on the fast track to the NFL’s Hall of Fame. He has finished all 8 seasons in the NFL with over 1,000 receiving yards and he’s under contract with Tampa Bay for two more seasons. It remains to be seen if Rob Gronkowski, another player destined for the Hall of Fame, will join Evans for another season…